“A Big Loss For Quebec” 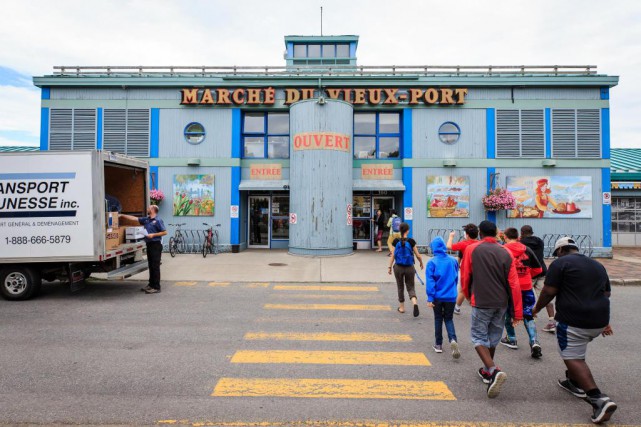 After two years of debate, Regis Labeaume announces his verdict about the Old Port of Quebec Public Market.

On November 5th, Régis Labeaume has declared the Old Port of Quebec Public Market is going to be saved. Unfortunately, it was too good to only be left this way. The mayor decided he would demolish the actual structure and replace it by a removable installation, like a tent. The detachable construction will only be carrying about twenty trades because of its small surface area. The new installation will be of 2500 feet square, which means 25 000 feet square less than the actual market. It will become a seasonal market, meaning the sales would only be opened from May to October, on Thursday to Sunday.

While the decision to save the market would be saved made everyone happy, the announce of all these changes cooled down everyone’s joy.

Traders are not really satisfied by the many changes brought to their lovely market. Since 1987, the Old Port of Quebec Public Market has been and is still one of the most popular attraction in Quebec City. Around five million tourists are, each year, coming in our beautiful city and, of course, visit the Old Quebec, which brings them, somehow, to reach the market.

The Old Port of Quebec Public Market  is for some a place they are always at. “We’re losing the proximity we have with our customers.” affirms one of the trader.

They know they can find what they need and above all, that they can ask any question and get an answer. Traders are not just some people randomly: they are the productors. “Why do you think people come here? They come because they want answers. They want to know how to prepare this or that produce. From the point of view of the person who only fills up the displays, an apple is a simple fruit. For this man (pointing at an apples’ trader) an apple is the most wonderful fruit ever. It’s a soul we need to take care of.” says the same seller.

Old Port of Quebec Public Market is a pleasant place, as much for the customers than the tourists and the vendors. “It’s not only a simple market, it’s a real living environment” as one of the cider shop trader says.

The future of the market will be a drastic change. Will it be for the best? No one knows. Guess we’ll have to give a try to the new system of the market.