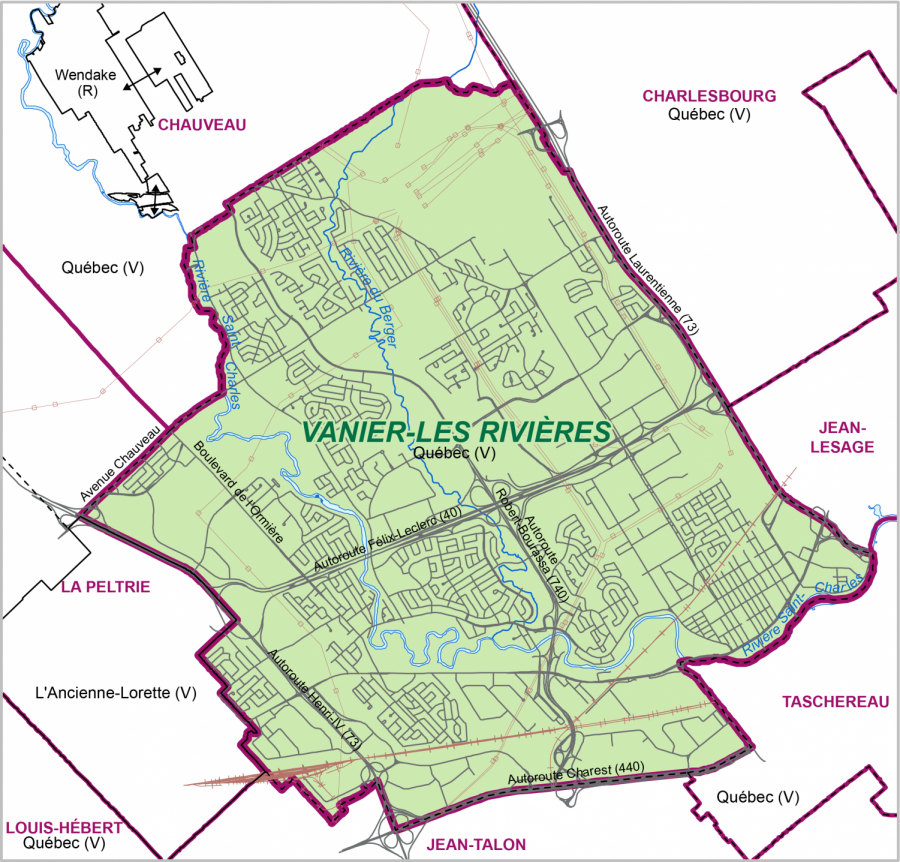 The amount of money that Quebec Government has given to Vanier since 2010 is lower than St-Roch, Duberger and Neufchâtel.

The district of Vanier is affected by many financial problems since 2010. In May of 2018 Patrick Huot, deputee for Le Parti Libéral du Québec, mentioned : « We, in Vanier, are tired to feel like a poor place, although we have been working for years to change this perception. »

Deputee of Vanier-Les Rivières since October 1st, CAQ Mario Asselin believes that Le Salon de jeux de Québec needs to be moved to a richer place. In his mind, it should be relocalizated in a touristic area of Quebec City. « The 335 machines do not have their place in a disadvantaged district like Vanier. » Asselin still wants the Government to invest in Vanier because he would want to replace the Salon de jeux by a casino.

« Carrefour de Québec » describes Vanier as a populated and not good looking district. They also mention that St-Roch is the exact opposite. There is 50% less people in St-Roch and because the Government invested a lot in St-Roch since 2010, the district is good looking and people appreciate being there. That’s a good proof that the Government wants to beautify the districts that are closer from the Old Quebec, the Old Port market, and Château Frontenac.

Other information about Vanier

Geography: Vanier is surrounded by Neufchâtel to the North, Lairet at the East, St-Sauveur at the South and Duberger to the East.
Demography: People are called Vaniérois and Vaniéroise. In 2011, Vanier had 13 360 people living in the district. The principal language spoken is French.
Mayors: Vanier has had 2 mayors, Jean-Paul Nolin, from 1966 to 1987 and Robert Cardinal, from 1987 to 2001.
History, city foundation: In 1912, the actual Vanier became Québec-West, as a city. Because of the economic crisis in the 1930’s, Québec-West population went from 600 people to almost 2200, because houses price was really low. 30 years after, in 1966, Québec-West officially became the city of Vanier in honor of Canada’s governor, between September of 1959 and March of 1967, Georges Vanier. Jean-Paul Nolin was elected as the first mayor. Nolin stayed the mayor for 21 years before Robert Cardinal, second and last mayor of the city of Vanier is elected. Cardinal stays the mayor from 1987 to 2001. It’s in June 2004 that Vanier officially becomes a district and that Quebec becomes the big city that it still is today, combining 35 districts. Of them, Limoilou, Charlesbourg, Beauport, Vanier-Les Rivières. (…)