A Winner in Our School 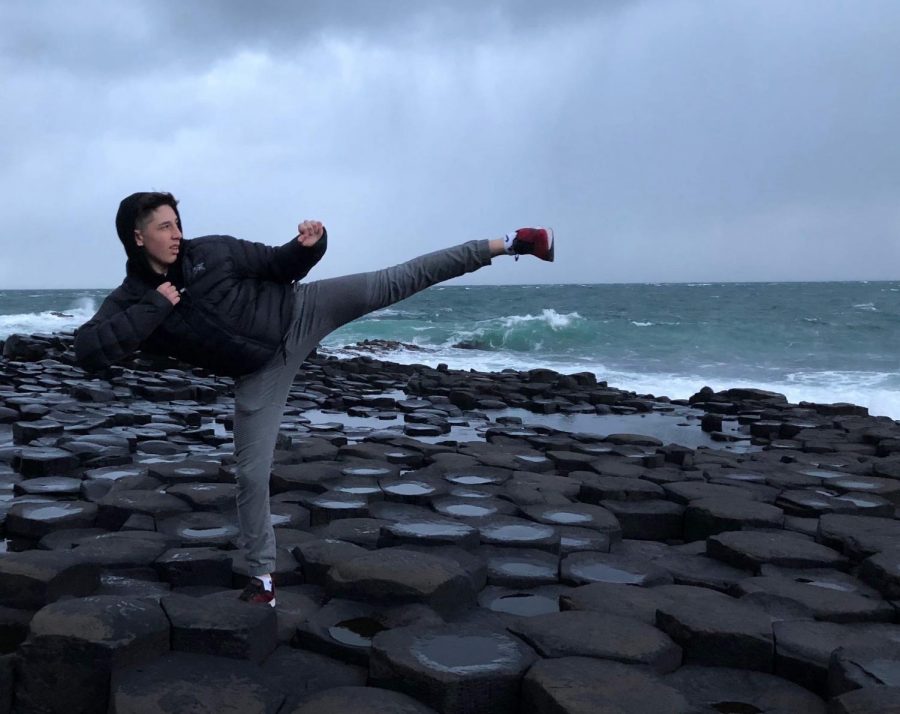 In October, Jacob Moreira participated to a karate tournament in Ireland.

When his karate team heard about the tournament, they immediately jumped on the occasion. His whole team participated in the tournament and they all got amazing results.

The preparation of the tournament was tough and lasted 3-4 months. The preparation was everyday in the evening. He said, ’’of course there was a time that I wanted to give up, but I continued and that brought me to the result that I got. ” They’ve practiced their technique and cardio to be prepared to the technique of other fighters during the 4 months.

Out of the five members of his team, only one didn’t win a medal. Their coach also won a medal. Jacob felt really proud of himself when he heard his name for a medal and almost cried.

Jacob didn’t feel like the trip was as long as it really was because his excitement made the trip pass fast. The jet lag didn’t make any difference on his performance because they arrived three days before the tournament.

Jacob doesn’t have a lot of passions but he likes karate and he also plays hockey in the school’s hockey team. They are called Les Éperviers. To be short, he likes sport in general. He has been doing karate for three years.

His parents didn’t come with him so he was alone with his team but they texted him everyday so it felt like they were there.

The country was beautiful, it was country side all over the place, there was a lot of barn animals and the city was old and very beautiful.

His life wasn’t changed much while he was in Ireland. He told me that there wasn’t that much difference in term of quality of life in Ireland. The language there is Irish but most people also speak English so he was able to communicate normally with the people there.