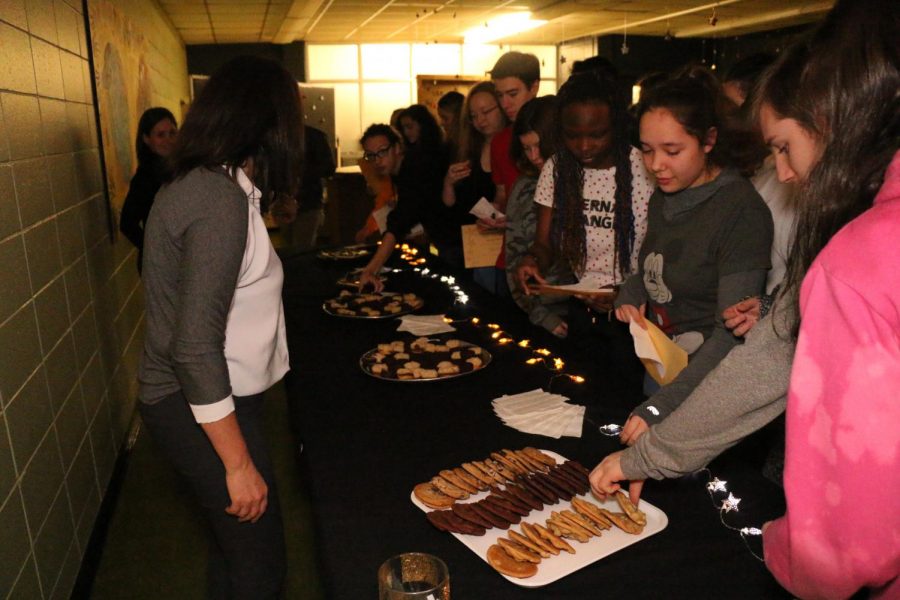 At Le Phare, on Wednesday the 28th and Thursday the 29th were held the activities planned for the students who were nominated for the Méritas.

The students were given a certificate and had the opportunity to take a picture with the other nominees of their category. To reward them for their constant efforts, the teenagers were treated to desserts such as cookies, brownies and nanaimo bars. They also had the chance to win one of the seven twenty-dollars gift-cards for the Galeries de la Capitale. The winners were randomly selected by a draw.

“Generally, there are five chosen students for each of the five categories. Five per grades”,says Geneviève Maheux, one of the six people who organised the activities.

The five categories are “school performances”, “participation and behavior”, “constant effort” and “involvement and community engagement”. The fifth category is added after the first term and celebrates the student who have improved their grades.

“It costs approximately 300$ for one activity, 600$ for the two lunchtimes”, adds Geneviève. “It includes all of the decorations, the desserts and also the sparkling beverage that was served to the students”, she continues.

“We were welcomed at the Salle Guy Bédard and were given medals. There were also more gift cards and rewards”, says Madeline Ratté a student who was invited last year at the Méritas ceremony at the end of the year.