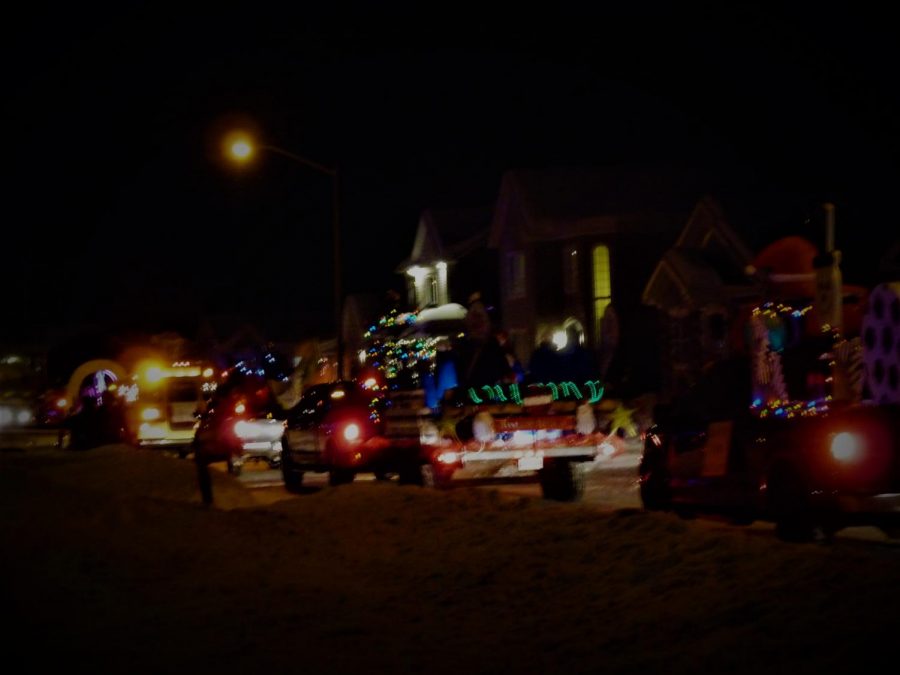 Christmas at Sainte-Catherine-de-la-Jacques-Cartier is nothing without his fabulous parade that made many happy on december 15th night.

Around twenty illuminated allegorical floats were parading in the small city of Sainte-Catherine-de-la-Jacques-Cartier. There were companies, fire trucks, organization like the soccer club, the church and obviously Santa Claus. The ride was about 2,7 kilometers long and many happy citizens were present.

After the parade, that started at 5:00pm, a commentator was at the Anne-Hébert center to present each car. There was a bubble gun that made a super ambiance and also a lot of bubbles on the ground.

Around 6:15 pm, a spaghetti supper was offered to people for a low price and about 200 people were present. Beautiful nutcrackers welcomed people and placed them around tables. There was a gift distribution by the Santa claus and his wife. Many kids enjoyed it. Prizes were also drawn+. A photo session was offer and participants were able to take their pictures at the IGA. It was like a big cheerful family reunion.

This year, I had the chance to follow the building of Sainte-Catherine-de la-Jacques-Cartier church’s allegorical float. EAL (équipe d’animation local) had 4 poles and one of them was lead by Marie-Josée Bertrand who decides to participate to the parade. This pole is responsible of the catechism and they thought that it was a good team work for the kids to plan a float.

.The subject of their float was .”La guerre des tuques” chosen by the kids together. Christian Rousseau and other parents participated to build a snow fort with recycled materials.Some kids painted, others built a wood ladder and everybody worked on the project. Val-Bélair’s pee-wees did a catapult to shoot snowballs.

During the parade, a soundtrack was playing. The kids that were shooting and sliding by some snowballs on the ground repeated after the quotes: “La guerre la guerre, s’pa une raison de s’faire mal.” Spectator were also participating by saying the quote.

The priest was very happy when he heard about the allegorical float that was built to represent the catechism because they did it in team and also because religion was represented outside the church. Some parents too were very proud of their kids and their job on the float. 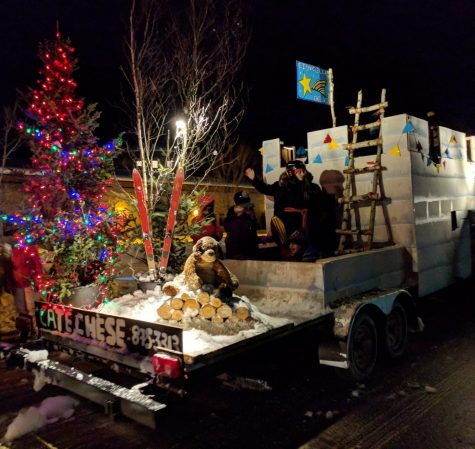