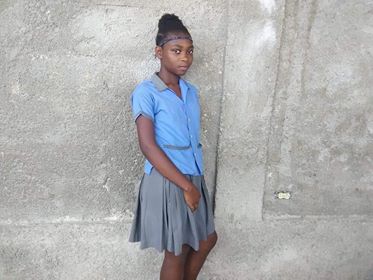 Ten years ago, the solidarity committee was created by Benoit Thibodeau at La Camaradière. The committee is for students who want to help others by gathering funds for causes like Leucan or Enfant Soleil.

During its operating years,the committee had the opportunity to help many organizations like: Operation Enfants Soleil, Fidèle Moustachu, Leucan and Gris Québec.

At first, there were a lot of committees that were gathering money for associations, but ten years ago, Benoit Thibodeau decided to merge all the committees together and there it was: the solidarity committee was born.

For 5 years now, the committee has been helping a Haitian girl to pay for her school years. Not wanting to let her down, they decided to gather an amount of 300 to 350 dollars to help her go to school. So this year, the committee will help the girl and then give the rest of the money collected to Enfant Soleil.

The way the committee makes its benefits is by selling popcorn during movies at lunchtime, selling food at concerts, selling popsicles during the summer and fortune cookies.

“Unfortunately not many people know about this committee. People buy the food but have no idea it’s for a charitable cause”, says one of the students involved in the project.

Even though Mr.Thibodeau is the creator of the committee, all the ideas come from the members. They are free to give ideas and develop them. “It’s not always what I would do, it’s more about what the students are ready to do”, said Benoît.

“We are not a lot in the team, but those who are there are really motivated to do things and are willing to go forward” said Mr. Thibodeau as he was describing the group. So if you ever feel like helping people and you are dynamic you can still join the solidarity committee.