Sitting is deadly for students 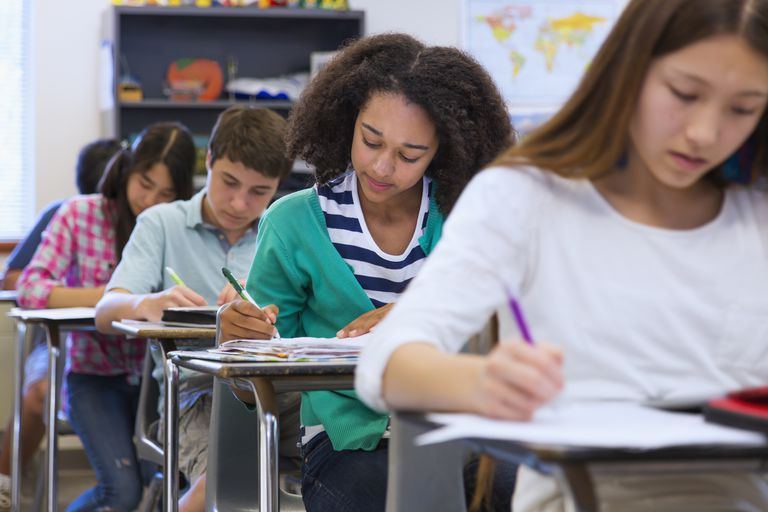 Students are asked to sit down for 75 minutes straight 4 times a day for 5 days straight for 10 months.This is not good for their physical and mental health and will have serious consequences later on their life.

Students that are asked to be sitting down all day are twice as likely to get a heart disease compared to those who move along the day.They are also raising their odds of getting diabetes not only because sitting makes them burn less calories but also sitting seems to change the way the body reacts to insulin.

Sitting down is one of the biggest cause of obesity. When you move, your body releases molecules that help process the fat and sugar you eat. When you are sitting most of the day, your body release of those molecules is lessened.This makes you at greater risk to develop metabolic syndrome, even if you exercise.

When you are sitting, you are not engaging your lower body muscles which could lead you to muscle atrophy.You could also develop DVT, deep vein thrombosis, which is a blood clot that forms in your leg. It is dangerous because if the clot breaks loose, it can travel through your bloodstream and lodge in your lungs. Another thing that can happen in your legs if you sit too long is varicose veins or spider veins, which is enlarged and twisted veins.It is not as dangerous but it is not pretty.

Exercising can’t fully counter the consequences of 6 hours of sitting. What schools can do is have standing desks in the back of the class for those who do not want to sit. There should be , at least, a 5 minutes break to walk and move every 30 minutes even during exams: it will help their brain blood circulation and will lead to higher grades. There should also be 3-4 courses a year informing the students about their health and alimentation : what food to eat and when, why sports are important and a list of some unknown, bad habits versus healthy habits and what it does to you etc. The school should promote sports and healthy living more.

Of course students who are not sitting all day and are moving are more likely to get better result than those who sit because they have better blood flow. They will listen more attentively and concentrate more on the work that has to be done. They are also less likely to have anxiety or depression because of the mental benefits of fitness.

If students keep on sitting for the rest of their school years (primary to university) which varies between 10 to 20 years (or even more), they will have increased their risk of heart disease by 64% and prostate or breast cancer by 30%.They will have lost 7 years of good health without any medical problems.The sitting will have contributed to diabetes, kidney and liver problems. Inactivity causes about 9% of premature death a year worldwide which is over 5 million people. If everyone would sit no more than 3 hours a day it is estimated that the average lifespan would rise by two years and so on so far if we keep eliminating unhealthy habits.

Students from La Camaradière were asked if they liked going to school and the majority said it depends on days leaning more toward no.They were asked why and a similar answer was in every response:  “It’s always the same thing  , “ Everyday we go in class and sit”.Most of them said that sometimes they wanted to move and couldn’t since they were in class,they said that some days they had a lot of energy and weren’t able to use it.They said they wanted to have some more diversified and energetic class and activities where they could learn and move.The last question they were asked was: if they felt like sitting down had a negative effect on them.It was fifty fifty between  I don’t know and yes:“It is possible that after all those years of sitting in school I may feel weaker” , “It may impact those who don’t play any sports ”,“Well it’s hard to play a sport when there are homeworks that are following you home”.They all said that their motivation for going to school would rise if the school would make you move more and would adjust it’s sitting system.

We can’t keep people in the dark anymore, we need to change or else the human kind will soon end. So what are we waiting for to upgrade our schools and don’t forget that the students are our future.(if you work in a school then they are your clients).