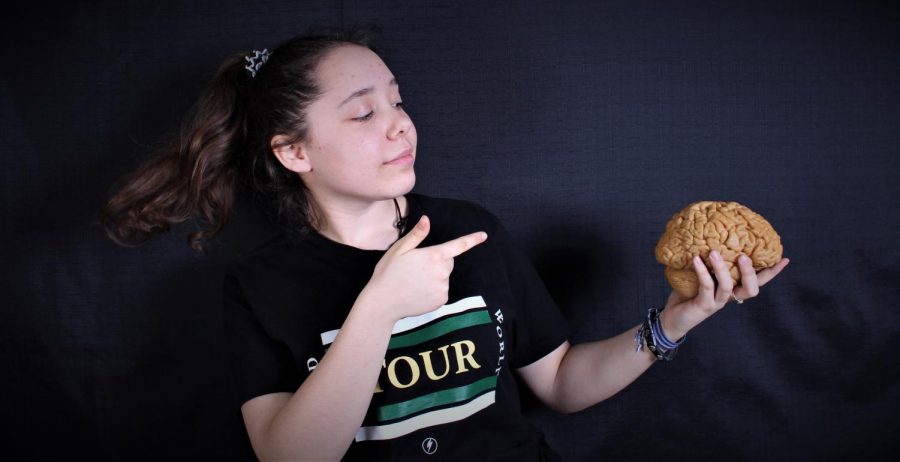 The first secondary 3 debate team has now a captain and her name is Andréanne Rousseau.

Andréanne is known for her involvement in our school life. She’s not shy and isn’t scared to impose her opinion at any moment. She’s calm on stage since she is part of our theatre troupe and a key actress in the Camashow. Furthermore, it’s not her first debate. She ferociously defended students in an argument on corporal punishment and prevailed.

The good thing about her is that she grew up 2 inches this year which makes her way scarier when she stands up(5 foot 2). You may think that Andréanne is very sensible, and kind, while in fact, she’s a real monster. According to people close to her, she has never felt remorse when killing: flies, spiders and even trouts. So she won’t be scared to destroy the other team’s arguments.

Andréanne will share the stage with  Émile Coté , Jérémie Vézina and Kamélia Bensadek. They chose to go by the name: Bustaminds in honour of the rapper Busta Rhymes, who’s notorious for his speed and rhymes. This team will be debating on the first Annual Debate Tournament on May 6th, 7th and 8th.