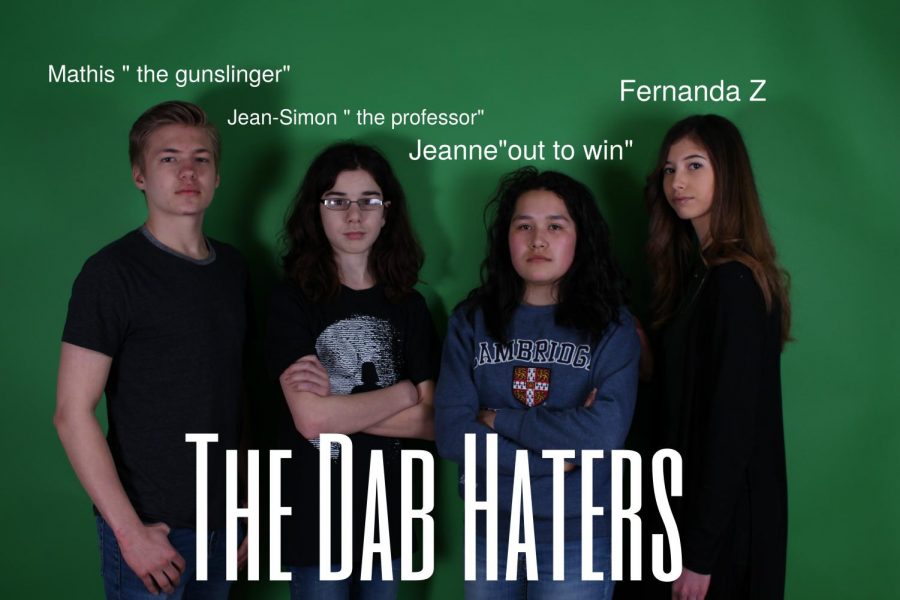 Fernanda Z, The most requested pledge killer, is not scared of anybody. She puts heart into every one of her arguments… The way she delivers her claims will definiteley scare you.  Many years from now, you will still be afraid of her. Do not try to play her beause she isn’t dumb.

She is also the captain of The Dab Haters. She knows how to but her people in position to make sure that they catch their prey correctly. A natural leader,  her team will follow her into any debate without question. She is a legend, an uber debater, known far and wide as a true stone cold killer. “ I am ready to fight.” says Fernanda.

Ask him a question and he’ll shoot an existential one right back at you. The professor spends his time contemplating life, the universe and everything.  He is among the few who know that the answer is 42.  Dabbers beware.

He looks like a clean cut straight A student– guy who will get shaken up easily. Don’t be fooled, he is solid, brilliant and much more. Call him what you like- Choir boy, The charmer or blue-eyed devil, he will defeat you before you can even dab.

Jeanne “out to win” Avril

The sheer weight of her intelligence and curiousity is more than enough to assure her team of victory. “She seems quiet, calm and unassuming” says team captain Fernanda Zeve who then adds  “there is no limit to her creativity, so you had better wake up if you plan to win against Jean and the Dab Haters.”