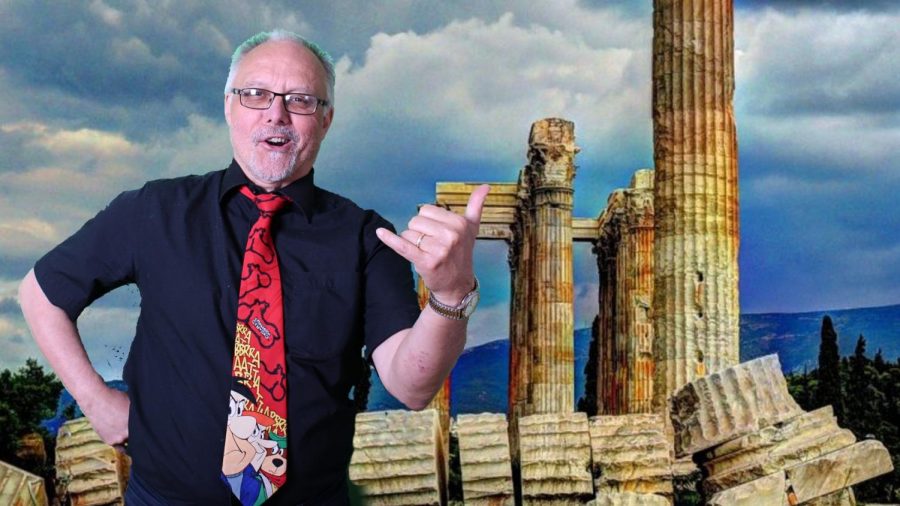 Mister Banville will retire next year after teaching for over 34 years. He started his career at Eau Vive school and then spent eighteen satisfying years with us at La Camaradière.

This generous teacher has never stopped providing valuable advice and support to his students. He shared his knowledge like no other. He is recognized by all as a devoted teacher.

“At first I didn’t want to become a teacher”, mister Mario revealed. He is a bachelor in physics from the Sherbrooke University and that could have permitted him to become a lab researcher.

As he later realized, being a researcher didn’t go along with his personality. Doing scientific research meant working in an icy environment that is not always convivial. What he wanted, and was missing, was the human science in other words: human interaction. So he took another path, he chose to teach people about science.

For that, he needed to spend one extra year of pedagogy to improve his approach with youth. “Science isn’t the point of interest of all teenagers, it is the human side of it. And that is what I develop with them”, Mr.Mario said.

Why did he choose to teach science to high school student rather than adults or younger kids? According to him, teenagers are in a state in which their brain development is capable of reflexion. They are able to question their place as a human in this universe and sometimes they even ask deep questions that ‘till this day don’t have answers. Mr. Banville always appreciates learning from the perspective of his pupils.

This outstanding science teacher is passionate about philosophy. Ever since his young age, he asked himself questions that kept evolving with time. “When I was a little boy, I was always questioning myself at night. It was out of my control”, he commented.

That is what prompted him to start a philosophic club. He taught this subject during lunchtime on day 3 and 8. The participants learned about the lives of famous philosophers and their quest for truth. “People don’t need to be philosophers to enjoy the club ” said Hubert Deshaies.

He also teaches the virtue of stoicism, a Greek philosophy that states that the highest good is based on knowledge. This thinking he shares with his students will guide them to deal with the challenges that life may put on their road.

Besides that, Mr.Banville  programmed to soon go on a trip to Greece: “It’s a long time project, I’ve always wanted to fall in the tracks of my heroes”  He also wants to pursue his studies of philosophy in university Laval

The students and Mr. Banville and colleagues will regret his departure even if they all know that he deserves to retire after doing such a great job for over 34 years.

“We will miss you, Mario Banville!”