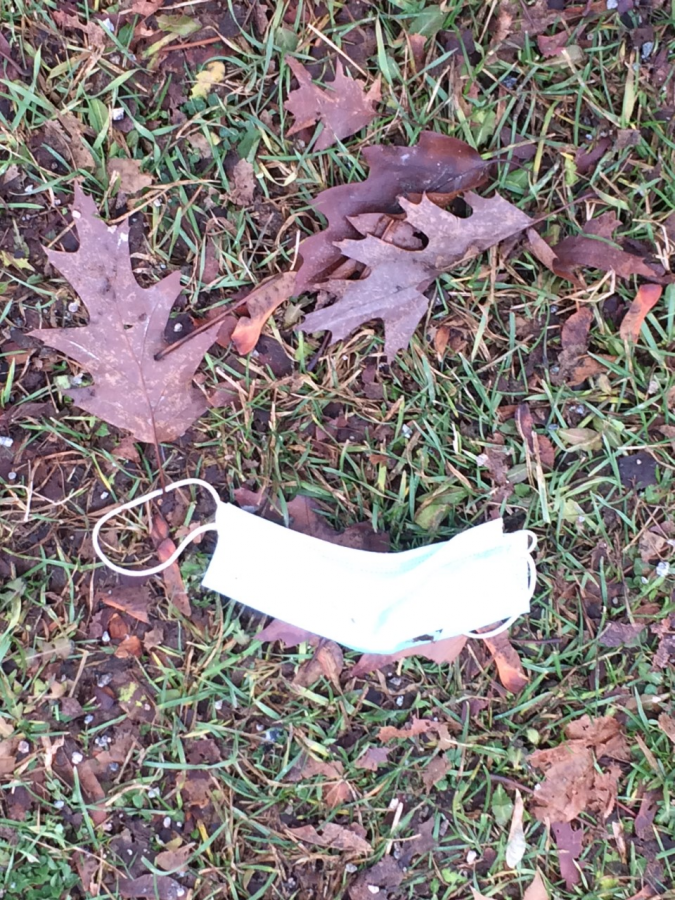 Over the last few months, there was a shift in the fight to protect the environment. While covid-19 has brought about a few gains, it has also created new issues.

Since the beginning of the crisis, we haven’t heard a lot about the environment and pollution, but the situation is still dramatic and some people are worried about it. “Climate crisis is urgent. I have the impression that with the pandemic we put this on pause,’’ said Mistral Lindsay to LaPresse.

The pandemic is difficult for us but also for the environment. Plastic pollution increased a lot during the pandemic. All the masks, gloves and disinfectant bottles are a factor. And presently, these have been used as never before.

In certain cities of Quebec, there are boxes where people can put their masks and gloves instead of throwing them in the bin. TerraCycle offers to recycle them, but according to Radio-Canada, we don’t know where the masks go to be recycled and the company doesn’t want to tell their methods of recycling.

But in another way, the fact that fewer cars are on the road reduces CO2 and the air quality is getting better. In China, there is a significant impact on air quality. A reduction of 25% in carbon and 50% in nitrogen oxides emissions was documented

All around the world, there was a reduction of 10% of flights that lowered air pollution. As a result, there is a drop of 7,74% of carbon in the air across the globe. That is good news, but experts think that after the crisis it will be worse than before.

The government announced its green plan for the years to come. In 2035 it will be impossible to buy gasoline cars. A lot of citizens think that it is a long way off. “It’s not enough. We have to act now,’’ said Louise Bergeron to LaPresse during an environment walk.

Some citizens want more solutions for the environmental cause. “I think it’s necessary, but I think we need to have other solutions because cars are not the only problem. It’s a good first step, but we need to have something else after,’’ said a high school student of La Camaradière.

– This was edited by Ratovoniaina Kanto Elianta and Paré Éléonor.