They are watching us

There are a lot of conspiracy theories who are disturbing but this one never gets old. 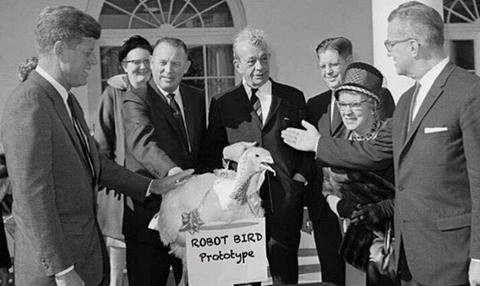 Have you ever heard about the movement Birds aren’t real? Here’s what these people believe in.

According to them, the government orchestrated the genocide of real birds and then replaced them with robot birds that are made to watch people. Their movement started in 1976 and since then, they have been trying to let people know about what’s happening because it could hinder human rights.

Let’s, from another, eye elucidate their statements. Let’s say birds aren’t real for a second. It means that not only the government has to hide the fact that every single bird, songbird, bald eagle and even more are surveillance robots. Everyone and every institution that works with them, for example zoos, has to be included in this machination.

For this to be considered, someone has to be in control of the situation.It also means that hunters should have known anything about it and stopped hunting, but now the number of birds being hunted has increased and recently reached 3.72 millions.

How did they not see technological elements like microphones, speakers, wireless antennae in these “fake birds”? Maybe because there weren’t any.

Their theory may interest you but don’t let them fool you!!

Picture: John F Kennedy pardoning a turkey before Thanksgiving. The photo has been edited to write a robot prototype.