YOUR clothes, made by children

All around the world, companies use children as workers and give unfair conditions to fulfil their thirst for profit. 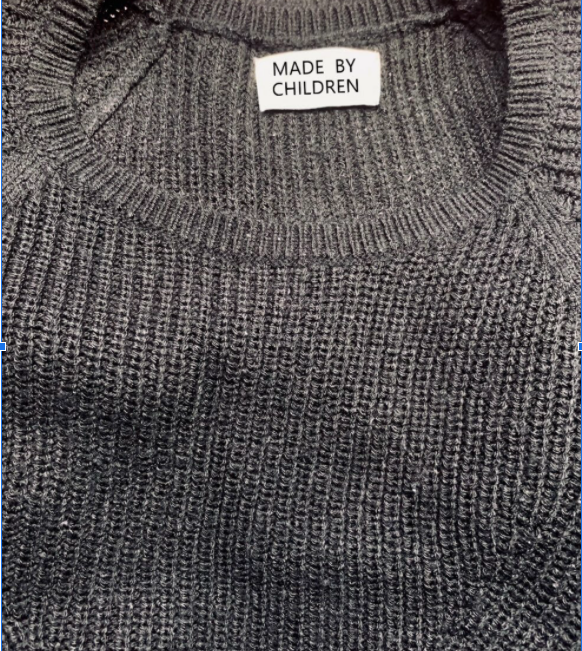 All around the world, companies use children as workers and give unfair conditions to fulfil their thirst for profit.

Almost half of all child labourers are between the ages of 5 and 11 years old. They have to work long hours in an environment that isn’t safe most of the time. The children who work in cotton fields used to do clothes, are often exposed to chemicals that can harm them. How they are treated are as equivalent to modern day slavery and it is the worst forms of child labour.

Fast fashion is one of the worst cause of child labor. Companies that work for this domain have to produce clothes at a low price if they want to sell them back. For this reason, the supply chain requires low-skilled labour like children, to work under appalling conditions.

Juveniles working in these sectors like sweatshops, are often manipulated, mistreated and paid below the minimum wage. “There is no supervision or social control mechanisms, no unions that can help them to bargain for better working conditions. These are very low-skilled workers without a voice, so they are easy targets.” Says Sofie Ovaa, global campaign coordinator of Stop Child Labour.

Worldwide, around 260 million children have a job and an estimation showed that 170 million of them are engaged in child labor, according to the International Labour Organisation.

The pandemic has brought millions of the poorest children to stop their education to go to work. They have to help support their families to survive and the more they stay the more they are unlikely to return to school. “I fear that even if school reopens, I will have to keep doing this, because of the family’s debt,” said Mumtaz, a 12-year-old boy in India, who now works carrying heavy loads of gravel.

Around 24 million children have dropped out because of the pandemic according to the United Nations. Child labour is stopping the right of children to go to school and enlarge the cycle of poverty. In many parts of the world, a lot more people suffer from hunger than it did a year ago.

Child labour is a major barrier to school, it is affecting their performance and their education.