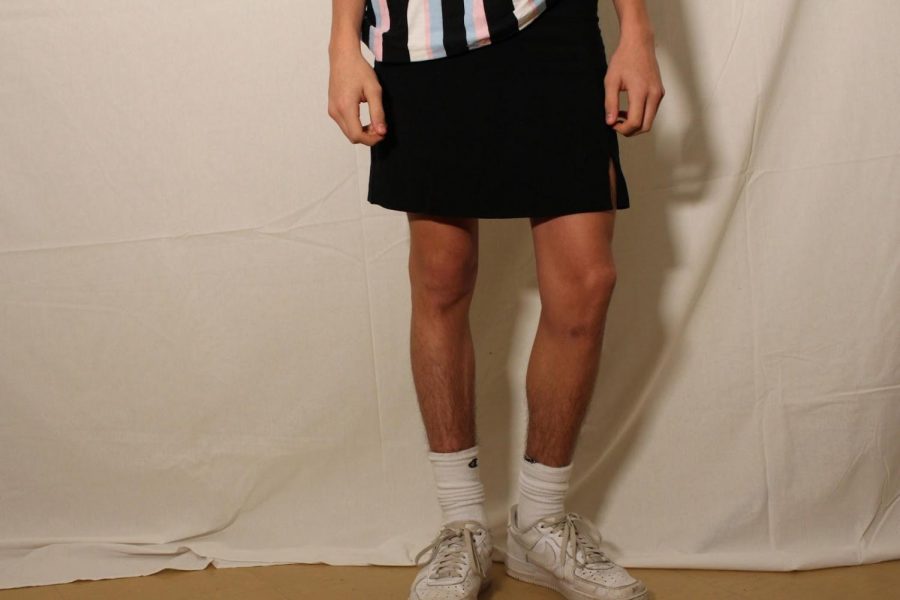 High school boys in Quebec aren’t scared to break the sexist dress code by wearing a skirt to support equality.

On October 7th, this movement was popularized and it was to protest on both the hypersexualization of  women and toxic masculinity. Many boys joined because it was a trend on Instagram and others really supported this movement.

Hypersexualization, or the sexualization of public space, which involves the attribution by the media of a sexual character to a product or behavior that has nothing intrinsically sexual about it. Considering shoulders and legs as a distraction for the boys, or as a sexual body part is an example of hypersexualization of the women’s body.

Schools hypersexualize girls in some kind of ways since the dress code is mostly restrictive for girls, no shoulder, belly, or legs showing is allowed, and because of this when girls wear something that isn’t appropriated to the rules, they get called hurtful slurs. Instead of having a super strict dress code they should teach boys to control themselves, because telling girls how to dress is a temporary solution and only works at school.

Toxic masculinity is what can come of teaching boys that they can’t express emotion openly; that they have to be “tough all the time”; that anything other than that makes them “feminine” or weak. For example, when they wear makeup, paint their nails or wear a dress or a skirt they get asked if they are gay (which has nothing to do with their appearance) or transgender.

This amazing movement was mostly to show that boys could wear skirts too even if in our society it is considered as feminine clothing and that normal body parts such as the shoulder or legs shouldn’t be considered as a distraction for anyone, especially the boys.

“It is not fair that a girl should dress properly so that the boys could concentrate on school. It shouldn’t be the girl’s responsibility, but ours.”, said Yanny Tran, an high school student.

Another student, Colin Renaud, mentioned he did it to support the girls who have been asking for equality for over 100 years. He also said that he actually liked wearing a skirt and he bought his first dress not so long ago.

We see more and more men wearing dresses, skirts, nail polish and makeup on social media and people think it’s a good thing but others aren’t really opened to this initiative. In some private schools, boys aren’t allowed to buy the uniform skirt.

Some schools in quebec city participated too. For example,  Champigny High School, Sentier High School, Ancienne Lorette High School and many more. Students wore skirts and wrote on their body for the occasion.

Some organizations promote this movement such as “cercle mauve” and “carré jaune”.