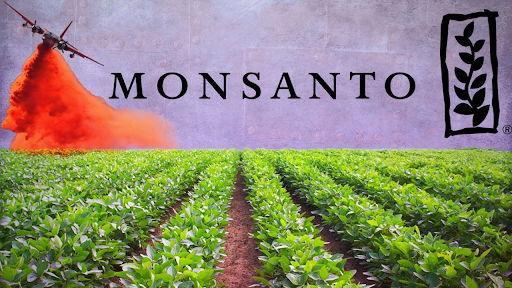 In the last years, thousands of Indian farmers killed themselves. Monsanto is responsible for mass suicide of farmers in India.

In India, a farmer kills himself each thirty minutes. There have been more than 250 000 of them who took their lives in the last sixteen years after losing their land due to their incapacity to generate sufficient profit while using Mosantoe’s products and pesticides

In the 1980’s Monsanto started producing pesticides. They wanted farmers to use them so they focused on telling people the miracles that it would accomplish with their crop. They based their entire advertising campaign on the benefits of technology in agriculture.

Genetically modified culture is a big cause of those deaths, since it has a big impact in farmers lands. Pesticides contaminate the water, soil and vegetations. It prevents the water from penetrating the soil properly  and therefore giving satisfactory results. Sometimes, when cattle come too close to the plants, the farmers even lose their animals.

When their land stops producing and they can’t pay back for the pesticides  Monsanto takes the land away from the farmer. Big corporations don’t care if that farmer needs it to live, if it’s the only thing that he has or even if he has a family to take care of. They just take it after their own products ruined it. Farmers don’t know what to do. They are desperate, thinking how can they survive without the thing that has been giving food and money to their families for generations.

After everything  has been taken away from them, many farmers sadly choose to take their own life.  As a desperate gesture they  drink what they have left of pesticide and lay down in their field..

Also, pesticides have bad effects on the environment and people living near plantations. Since the beginning of pesticide utilization, there are a lot more cancer cases and kids. There is also a rise of the number of children suffering from mental illness in villages surrounding cotton plantations.

Monsanto is also harmful to farmers in America. They forbid farmers from saving seed year to year which is a breach of their contract. They want them to buy new and expensive seeds, full of pesticides each year. According to the documentary The True cost, those seeds can cost 17 000 more than regular. In the US, Monsanto has sued 410 farmers and 56 small farms businesses for allegend seed patent violation, winning every single case.