All around the world, global warming is affecting the population because of the pollution humans do every day, if it continues this way, the consequences will worsen. 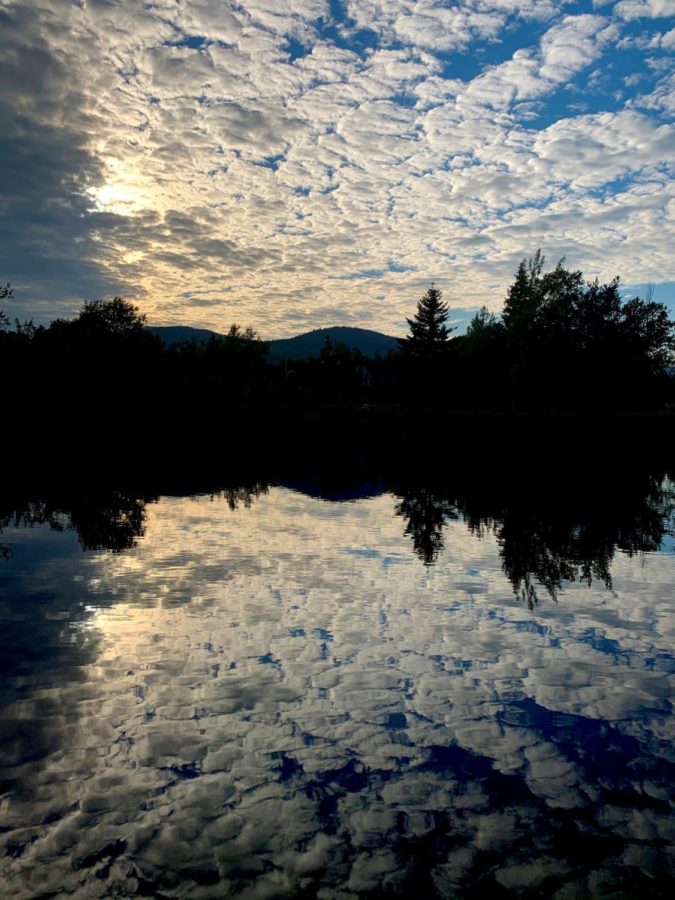 All around the world, global warming is affecting the population because of the pollution humans do every day, if it continues this way, the consequences will worsen.

Regions all across the globe are already experiencing the shocks of climate change. One impact most common at the moment is viruses. Over the past years, diseases that spread to people, mostly respiratory illnesses rose a lot.

Many causes of global warming also increase the risk of pandemics like Covid-19. “Climate change is making outbreaks of disease more common and more dangerous” say scientists who study how diseases emerge.

Deforestation is one of the largest causes of habitat loss in the world. In 2020, only 35% of nature remains intact. The loss of wilderness forces animals to travel and meet other animals or people and share germs that could develop into infections.

Since 1937, the population all around the world has evolved at the speed of light along with the carbon in the atmosphere. More and more places are needed for agricultural purposes. Here’s the representation of humankind progression through the years:

If the World keeps doing nothing for the environment, the problems estimated in the following years will be terrible.

2030s: Deforestation caused by humans will force the Amazon forest to no longer produce enough moisture and will degrade. Summer temperatures will continue to rise because of the reduction of soil dampness, intensifying heat waves.

The dryness will declenche a lot of fires, altering the global water cycle. Along with it, a lot of plant and animal species will die, engendering an unbalanced life circle.

The Arctic will become ice-free in the summer. Without it, less of the sun’s energy will be reflected out to space, so the speed of global warming will increase.

2040s: In the north, frozen soils will melt, liberating methane, a greenhouse gas a lot more powerful than carbon dioxide. The climate will change drastically due to the gasses in the atmosphere.

2050s: The sea will become more acidulous because of heat and the majority of coral reefs in the world will die along with fish populations.

2080s: As soils are overused, there will be a crisis of food production and pollinating insects will disappear.

Natural disasters will be more frequent and violent. Hurricane, storm intensity and heavy rain will increase in many regions as the climate continues to warm.

2100s: Many places on Earth will be uninhabitable and millions of people will be homeless.

Global sea level will continue to rise because of added water from melting ice and the expansion of seawater as it heats. A lot of families will be forced to flee coasts as a result of the ocean level and storm surges.

If the world has a chance of reversing things around, it is by decreasing carbon dioxide footprints in the atmosphere and reducing pollution.

Transportations using fuels are one of the biggest industrial contributions to carbon emissions, so it would help the earth if the population lowers it.

As the Canadian province of Quebec told, they will start to exile the sale of new gasoline passenger vehicles in 2035. Joining California, Sweden, Denmark and Iceland, Quebec is planning to reduce greenhouse gas by transferring to electric cars.

“I think it will be great, it would reduce the quantity of carbon going into the atmosphere. It will also slow down the speed of global warming.” said a student at La Camaradière, giving her opinion on electric cars for 2035.

But is it good to wait that long? Like the predictions upward, in 2030 there will already be chaotic problems the world will have to face. Maybe the population should react now before it is too late. As the years pass, it will be more difficult to stop global warming in its course.

Plastic bags have a lot of utility, but each year, nearly 8.8 million tonnes of plastic ends up in the ocean. A study also found that more than 5 trillion of plastic particles are floating in oceans all around the world right now.

In 2009, it was estimated in the United States that 12 million barrels of petrol were needed to produce around 100 billion of plastic bags, each year. That’s why it would help a lot to take reusable bags instead of plastic ones to slow down the pollution.

There are many ways to stop global warming. Humans just have to work together in the contribution of helping the planet.