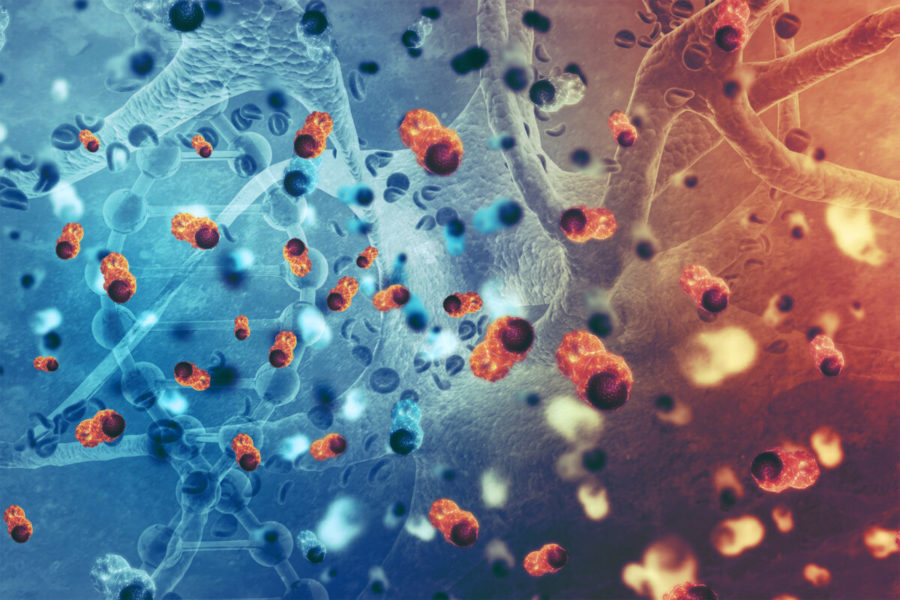 In 2020 scientists are approaching four new technologies that could make cancer a curable disease.

A cancer is provoked by a mutation that attacks normal cells to change them into cancer cells. These cells do not act like normal cells they grow abnormally and out of control. This is what creates some kind of ball of cancer cells and creates cancer. The longer you take to treat it the bigger it becomes.

The first treatment is personalizing cancer vaccines that consist of injecting a medicine with cancer antigen that primes the immune system against the tumour. So if this works like it’s supposed to you will no more need an operation to remove cancer and after chemotherapy.  “Each patient gets a tailor-made product just for them,” said Marett, a worker of BioNTech.

The next one consists of taking immune T-cells from the patient and genetically engineering them to target a specific cancer antigen. It has shown impressive results on certain patients but on others died because of severe side effects. So, it is a little bit like the treatment that we use now because some patients died of the side effects of the two treatments.

In addition, CRISPR technology could be used to improve cancer therapies such as CAR-T, the previous treatment. This technology is still in its early stages, and there are concerns that the overall effects of using CRISPR in humans are not yet fully understood. One of the first medical applications of this technology could be cancer. But we don’t know much because it is still tested. It is called Making cancer technology more precise.

To understand the next technology you need to know that the human microbiome plays an important role in many aspects of our health, including cancer. The goal of this technology is to reactivate the immune system and make tumours ‘visible’ to other forms of cancer therapy. So the body would cure itself with this treatment.“It will be several years before it becomes available, assuming it is successful in clinical studies,” said Christophe Bonny, CSO of Enterome