This adaptation is an example which shows that even with difficulties during our childhood, we can become talented if we constantly put effort into it. 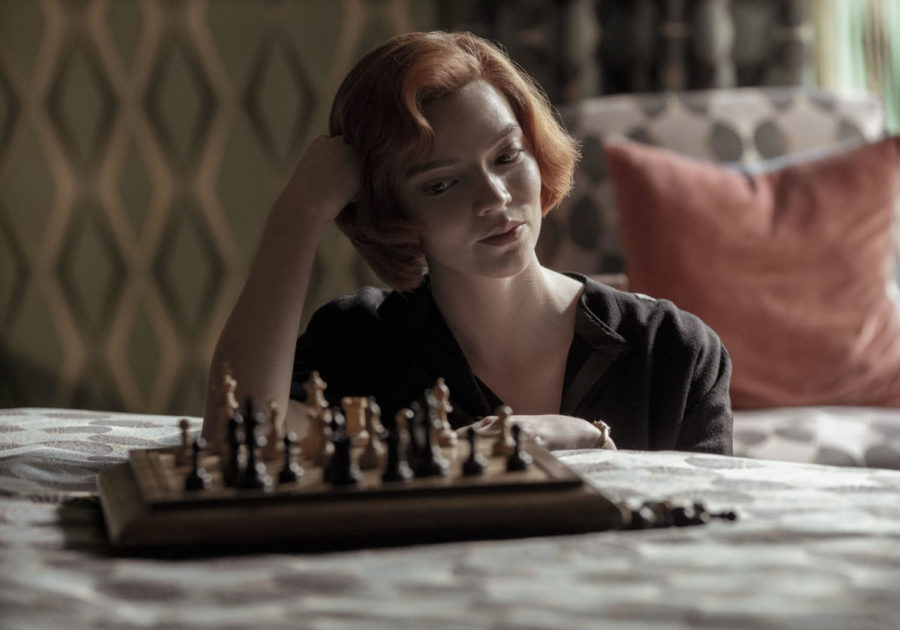 Adapted from the author’s novel Walter Tevis, The Queen’s Gambit is an extremely realistic series, according to the amateurs of the game.

The story takes place in 1950 and it tells the story of an orphan named Elizabeth Harmon. The young girl learned to play Chess with the orphanage genitor in the basement. Because of her impressive talent, she has become a recognized and important player in the chess world.

Elizabeth is an intelligent woman who unfortunately ended up having an addiction to pills (tranquilizers) received at the orphanage on a daily basis. When she leaves this place, she has to deal with her problem of addiction.Her drug problems caused her a lot of distress, especially in the relationships she had with those around her.

Others participating can interpret The Chess as an art or a sport. The series demonstrates both points of view throughout the viewing of this adaptation. Example: during the matches in question the main character, Elisabeth Harmon, plays with finesse but above all with the motivation to win against her opponents.

Harmon’s childhood trauma made her more powerful and determined. This young prodigy enjoys playing chess out of passion and as a competition.

Above all, her innate talent for Chess made her the best of the best in this domain.