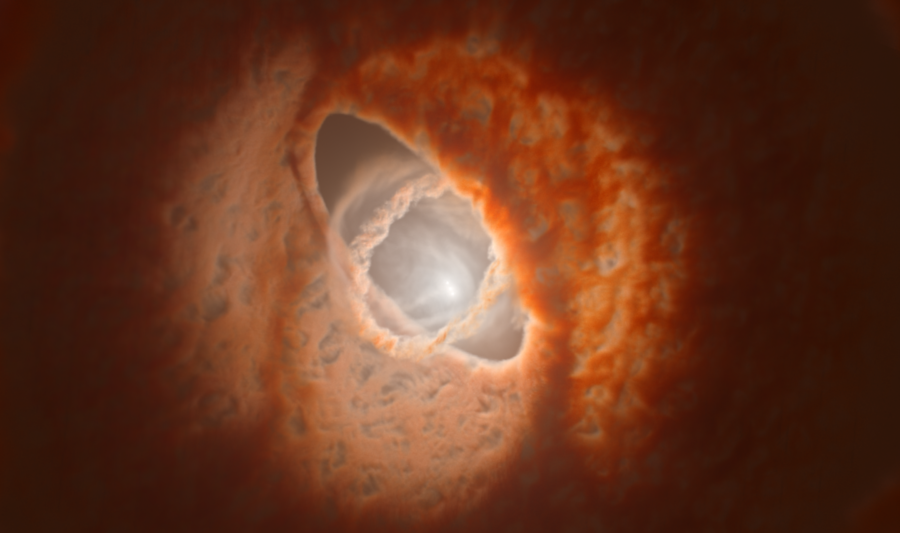 Astronomers from the University of Arizona redefine reality by finding an exoplanet with three suns located in the solar system GW Orionis.

If you think that Luke Skywalker’s fictional “Star Wars” home planet Tatooine and its two suns is interesting, check out the newfound planet that has three stars. It was no illusion when scientists announced the existence of a multi-star system Thursday in the Science Journal.

Scientists discovered that the 16-million-year-old exoplanet is located around 320 light years from Earth in the constellation Centaurus. From the TESS data, the alien-like planet is about 8 times as massive as the Earth. “The far-off planet is unlike any other known world,” say scientists.

The multi-star system allows the planet HD 131399Ab to experience triple sunrises and sunsets or constant daylight, depending on the season. Build on the trajectory of the three suns, the seasons on this rocky planet last longer than a human lifetime. “For much of the planet’s year, the stars appear close together, giving it a familiar night-side and day-side with a unique triple sunset and sunrise each day. at which point the planet is in near-constant daytime for about roughly 140 Earth-years,” said Kevin Wagner, a doctoral student in Apai’s research group and the paper’s first author, who discovered HD 131399Ab.

The solar system  gives an exceptional phenomenon with the view of the three stars orbiting around each other in a never-ending interstellar dance. “HD 131399Ab is one of the few exoplanets that have been directly imaged, and it’s the first one in such an interesting dynamical configuration,” said Daniel Apai, an assistant professor of Astronomy and Planetary Sciences at the University of Arizona.