The road of Quebec 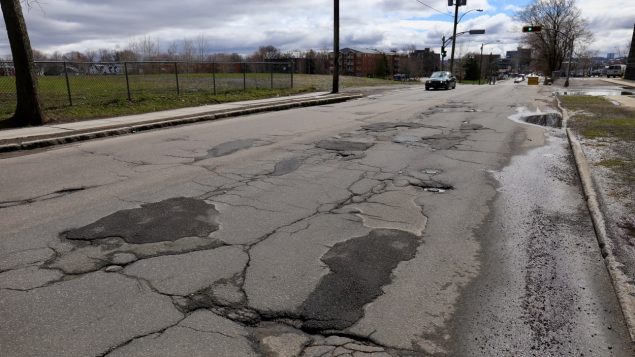 In the whole Canada, the province of Quebec has the worst road and the population of that province have to pay the price to repair their cars

Tuesday the 30 of March 2020, the Association Canadienne des automobilistes published an analysis about the cost by vehicle each year. The Quebecois pay 258 dollars each year for their cars, due to the bad condition of the road.

“Whether a Quebecois is driving on a country road or on a major highway, he is entitled to expect that his vehicle will not fall prey to sudden danger and that he will not be subjected to a premature wear and tear which has a direct impact on his wallet, ”says Sophie Gagnon, from CAA-Quebec.

In total, the Canadien motorist disburses 3 Billion dollars each year. Almost half of this money (1,4 Billion) came from Quebec. The other drivers in the country pay around 126 dollars each.

“Usually studies highlight how much degradation of the road network costs the government, but here we have been able to quantify how the motorist’s wallet is affected,” says Veiko Parming, senior consultant for CPCS, the specialist consulting firm in infrastructure which piloted the study on behalf of CAA.

The firm used the most recent data from Statistics Canada’s Critical Public Infrastructure Survey of Canada, based on data from provincial and city governments.