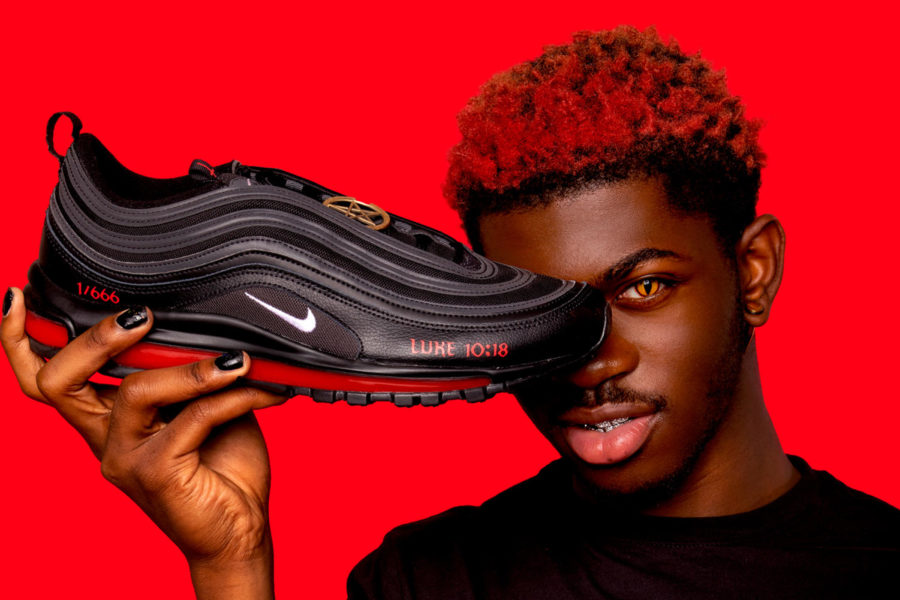 Following the creation of the “Satan Shoes” of Lil Nas X a famous American rapper and the collective MSCHF Product Studio, Nike decided to go to court and file a complaint.

Nike is against this pair of shoes because they say they do not approve of Satanism.

The pair of shoes used to create the Satanic Shoes are the Air Max 97 made by Nike. The designers added a pentagram, (one five-branched star) often considered a satanic symbol and a drop of human blood was added to the sole. There were only 666 pairs for sale as 666 is the number associated with the devil and they sold at 1018 U.S. dollars.

MSCHF has tried to defend its creations by saying that these shoes are art and their production is a matter of freedom of expression.

According to several trademark lawyers, Nike has good reasons to continue its lawsuit.

“Yes, Nike has a colorable case of trademark counterfeiting and tarnish dilution,” said Alexandra J. Roberts, a professor of trademark and entertainment law at the University of New Hampshire. She also asserted that the satanic sign can make Nike look bad if consumers think Nike approves of its shoes.