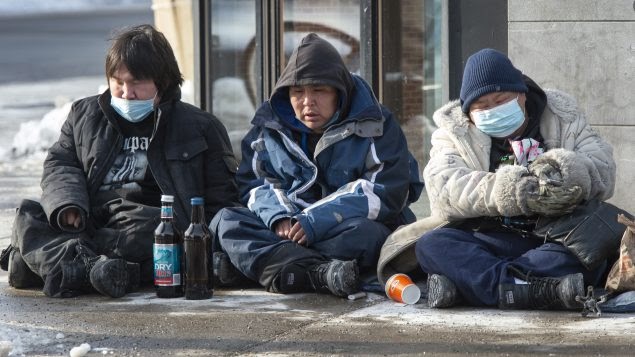 The curfew made the homeless population more stressed and scared at night. They don’t have the money to pay for a roof but police officers give tickets anyway.

The government is trying different ways to get the COVID-19 cases down. One of those things is the curfew. Since January 6th, a curfew has been in force in Quebec. If you are caught outside of your house between 8pm and 5 am, you can get a big ticket ( from 1000$ to 6000$). Also, if you’re working after eight, you need a paper that says that you have the right to be outside.

The cases are going down right now, but the rules are still in place.

There’s a lot of homeless people in Montreal. Since the beginning of the pandemic, the homeless population has doubled, said Valerie Plante, Montreal’s mayor.

Because of Covid’s restrictions, some shelters that welcome homeless people were obligated to limit their services, so some of them were closed at night, like The Open Door in Montreal. They are obligated to close at 9h30 at night.

Many people think that giving tickets to homeless people is cruel and illogic. They don’t have the money to have a roof, so why would they have money to pay a ticket?

A demand was made to the government for making an exception for the homeless people to be out after eight o’clock. The Prime Minister, François Legault, has refused the demand, stating that anybody could say they’re homeless so that they won’t have a ticket.

In some ways, he is right, anybody could fake being homeless, but what is the point of doing that? ‘’We guess the police would have enough judgement to see that they are not really homeless.’’ a group of friends told me.

After deliberation on January 27th, the Quebec Superior Court has made homeless people exempted from the curfew. That is way more adequate for them.