Teachers From Québec Are Visibly Unhappy Of Their Working Conditions 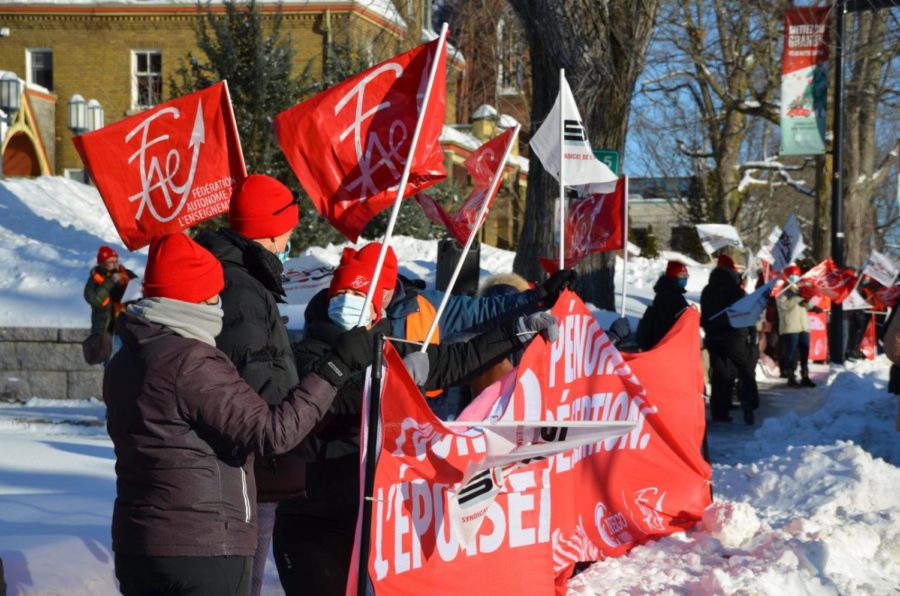 Most teachers of Quebec are unhappy with their working conditions. Government’s propositions for the negotiation were not satisfying enough according to the demands.

When La CAQ was elected, they said that education was one of their priorities, especially increasing teachers’ salaries to the national average. Yet, it didn’t happen, which makes most teachers angry.

A vote has been done and 86,5% of the teachers union voted for a strike to make pressure on the government. If the government doesn’t adjust their proposals to the demands, teachers will strike from may 31st until the government makes realistic propositions that make sense to teachers, which could compromise the year. But right now, the government proposed to increase the task of work by 20% without raising the salary, which is unrealistic to teachers. ‘’In a bit more than 20 years, I’ve never seen such bad propositions made by the government’’ says Jean-Sébastien Gagnon, an english teacher from École Secondaire La Camaradière.

In order to come to an agreement, the government has to offer better conditions, better salaries and a better constitution in regular groups.