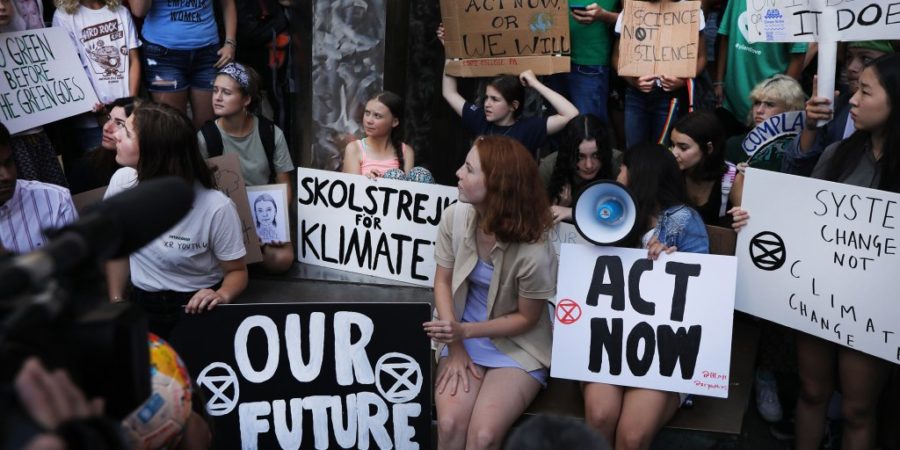 NEW YORK, NEW YORK - AUGUST 30: Swedish climate activist Greta Thunberg, 16, attends a youth led protest in front of the United Nations (UN) in support of measures to stop climate change on on August 30, 2019 in New York City. Thunberg joined dozens of other youths in the protest and march which demanded that politicians and others in power do more to halt a warming planet. Thunberg arrived into New York City on Wednesday aboard a sailboat after traveling across the Atlantic for 13 days to make a point about carbon footprints and global travel. The young activist will address a UN conference on climate change while in New York. (Photo by Spencer Platt/Getty Images)

Women a fight with no end

Since the beginning women are treated differently than men and where are the evolution of the working right of women during history .

In 1990 , teaching was the only job that women were being given with a pension in Canada . One year later , women were obligated to quit there job after they get married .

1911 CTC ( congrès de travail du Canada ) agree on that women should be pay the same as men as they do the same tasks .

1912 the first woman is hired to the post of teacher in the university of Canada .

1916 Emily Murphy is the first judge in Canada

1959 all provinces adopt the legislation of equal pay equal work except for Quebec and  New Foundland .

In the 1970 the women occup ⅔ of the Social assistance recipient . Every dollar the men were paid women were paid 57 cents

1971 the Manitoba stop to dismiss women after they get married

These facts are telling us a lot about how much women have always been treated differently than men . A lot of progress has been made but there’s still a lot to do . The problem is all around the world not just here . These are the things we should be working on to make evaluate even more the right of Women . Teachers , nurses , nounou and even secretary are working places where peoples are under pay for what there doing whether it is men or woman who are working .