Reactions of the Black Community After Derek Chauvin Verdict 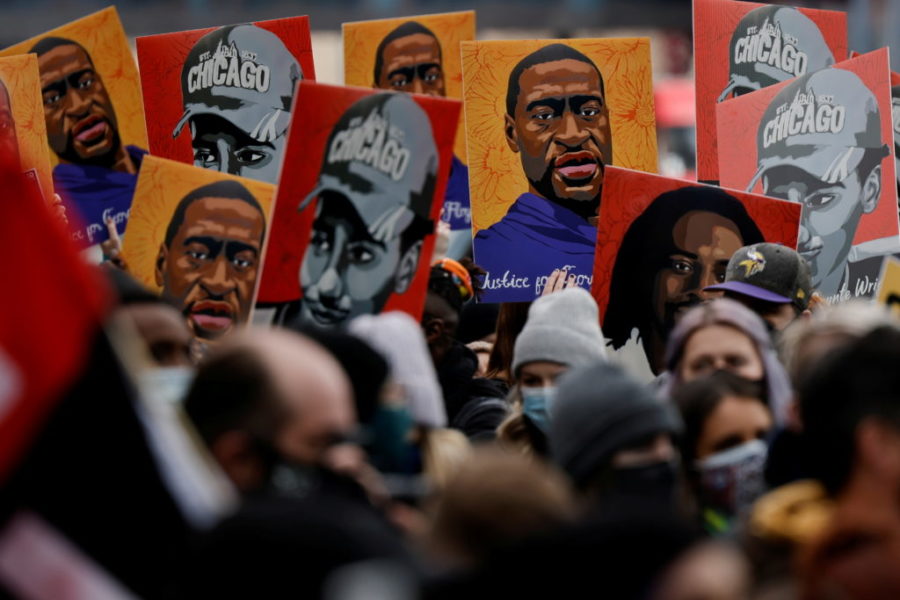 Derek Chauvin, the man who killed George Floyd by pinning him to the ground with his knee on his elbow for nine minutes, has been found guilty of all three charges, second degree unintentional murder, third degreed murder and second degree manslaughter.

Chauvin could face up near 75 years of detention after taking the life of an unarmed, handcuffed man. His sentence will be pronounced in eight weeks, however, that announcement was a relief for the black community, who thirsts for justice.

A lot of black people have pronounced their satisfaction with this well deserved sentence.

“Yes I was relieved but I have to say my expectations were really high and I would have been astonished and outraged if the judgement was anything other than a guilty verdict on all three counts” commented the social entrepreneur and Quebec lawyer Fabrice Vil in an interview with LCN.

President Barack Obama published a long message on his social medias starting by:

“Today a jury in Minneapolis did the right thing. For almost a year, George Floyd’s death under the knee of a police officer has reverberated around the world-inspiring murals and marches, sparking conversations in living rooms and new legislations. But a more basic principle has always remained: would justice be done? In this case, at least, we have our answer. But if we’re being honest ourselves, we know that true justice is about much more than a single verdict in a single trial […]”

“Today’s verdict brings us a step closer to making equal justice under law a reality. But the verdict will not heal pain that has existed for generations. It will not take away the pain felt by the Floyd family. That’s why we must recommit to fight for equal justice.” said Kamala Harris, first woman and person of colour vice president of the United States.

“ACCOUNTABILITY” published Lebron James on twitter the day the verdict was announced.

“A reminder that a victory would be George Floyd being alive. Every day Black Americans worry if they would be next is another day without justice” -Amanda Gorman, black poet and activist.

“I’m so emotional that no family in history ever got this far. We got a chance to go trial and took it all the way. This right here is for everyone that has been in this situation.” said Rodney Floyd, George Floyd’s brother.

Pilonise Floyd, another brother of George Floyd’s, said he was feeling optimistic:

“I just feel that in America, if a Black man can’t get justice for this, what can a Black man get Justice for?” “It was a pivotal moment for me, my family and the world.”

Also, Joe Biden, 46th president of the United States, expressed solidarity with the George Floyd’s family and the black community:

“Today, a jury in Minnesota found former Minneapolis Police Officer Derek Chauvin guilty of murdering George Floyd. The verdict is a step forward. And while nothing can ever bring George Floyd back, this can be a giant step forward on the march towards justice in America.”

Even though  the Black community and allies are glad to see justice being made on that case, they know it’s a drop in the ocean compared to all the systemic racism black people have to face every day and compare to all the unresolved cases of police violence.