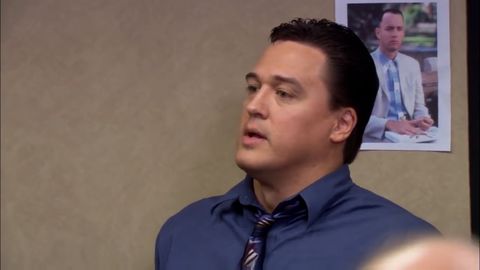 Mark York, the actor best known for playing Billy Merchant on the NBC sitcom “The Office,” died last week in Dayton, Ohio. He was 55.

His death was confirmed by the Montgomery County coroner’s office, which said on Tuesday that he had died in a hospital of natural causes. Mr. York’s family said in an obituary that he had died after “a brief and unexpected illness.”

Mr. York appeared in four episodes of “The Office” from 2006 to 2009 as the property manager of the office park where Dunder Mifflin, the fictional paper company at the center of the series, made its home. His character, Billy Merchant, who like Mr. York was a paraplegic, was introduced in the second season when Michael Scott, the bumbling branch manager played by Steve Carell, brought him to the office for a cringe-inducing meeting on disability awareness.

“He was working on it until the very end,” Mr. Ambler said.

Cast members from “The Office” shared their condolences on Twitter.

“He was a terrific human, a positive force, and a dynamic actor,” said Rainn Wilson, who played Dwight Schrute.