Stuck in a dinosaur 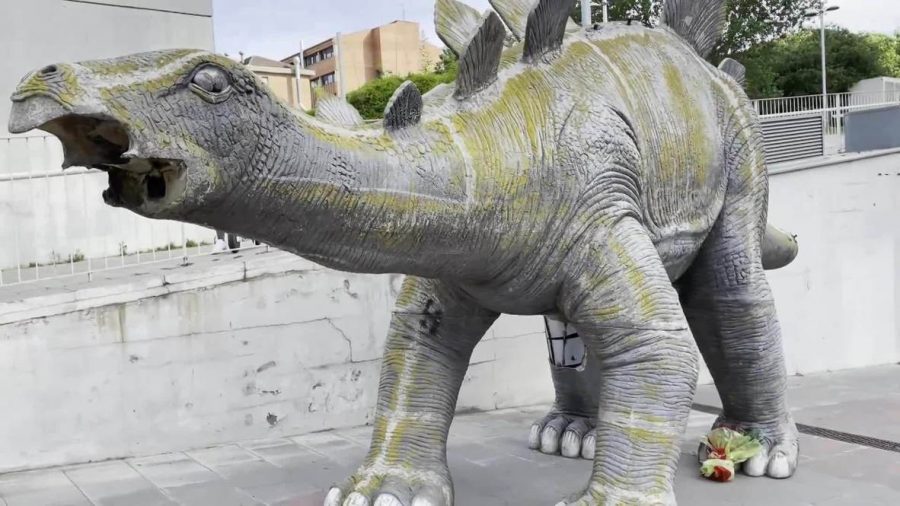 A forty years old man stuck in a dinosaur statue

A dead man has been found in a reproduction of a dinosaur in a town not too far from Barcelona, more precisely, in the city of Santa Coloma de Gramenet.

Several investigators are researching the subject, but no one yet knows why this man ended up in this fake dinosaur.

A spokesperson said she found no sign that this death was criminal but accidental. “Everything indicates that it is an accidental death”, she said precisely.

However, the real question is why a man in his forties was found there accidentally. This question preoccupied the authorities.

Firefighters had to cut a leg of the dinosaur made of metal to extract the man.

Police officers who have done several searches to understand this strange situation believe that the man had gone into the false species to find an object there that he would have probably dropped inside. There are several other hypotheses, such as he may be homeless and that he was staying there to sleep.

A father and his son called the police after smelling an abnormal odour from this dinosaur statue. This is how they discovered a dead body there.