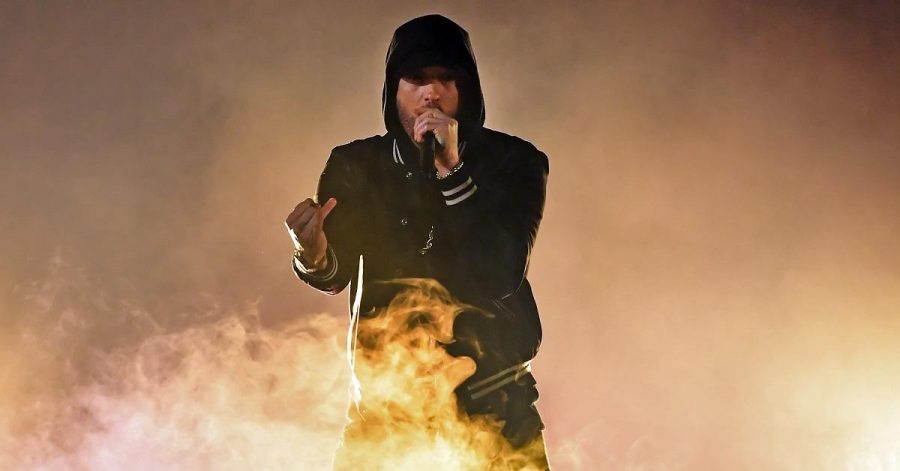 Tiktok users discovered some controversial lyrics coming from the hit “Love the way you lie” by Rihanna, featured by Eminem an American rapper, songwriter, and record producer. Over the past month, the Tiktok community has been canceling him.

According to google, to cancel someone (usually a celebrity or other well-known figure) means to stop giving support to that person. The act of canceling could entail boycotting an actor’s movies or no longer reading or promoting a writer’s works. For Tiktokers, the canceling trend is important. As soon as someone says something they shouldn’t, it’s (almost or) over for their career . Most of them are getting canceled for being racist, sexist, homophobic, transphobic, etc. But, for the song Love the Way You Lie, it was a prevention against domestic abuse.

In the last years, the 48 years old rapper had the chance to be called an homophobic, a misogynist and abusive. He is known as a rapper who “shocks” people because of his song’s lyrics. The album he released in 2020 is named Music to Be Murder By. It’s nothing new. Whatever, people still like him since he sold tens of millions of albums. But sometimes it happens that things get messed up.

Tiktok is a really big platform. Some events started because of it. If your Tiktok gets on the “for you page” you can go from 0 to millions of likes very quickly. This is what happened with Eminem’s “cancel” tiktok. A girl who uses the platform daily exposed him with Love the Way You Lie’s lyrics. The post is now deleted but still earned millions of views. The lyrics which the user highlighted were saying “If she ever tries to f***ing leave again, I’ma tie her to the bed and set this house on fire.” But honestly, the song describes how dangerous is the cycle of being trapped within an abusive, love hate relationship. Even if it’s one of Eminem’s older songs, it is one of his best tracks.  Also, the lyrics describe a couple interpreted by Eminem and Rihanna, and is especially considering Rihanna’s publicly abusive relationship with the American singer, rapper, songwriter, dancer, and actor Chris Brown. Eminem’s lyrics resonate with anyone who has experienced a difficult relationship, evoking images powerful enough to give insight to those who may not have experienced any kind of abusive relationships.

Now you have proof that Eminem was just talking about a cause that we can’t always easily see despite internal and external injuries. It needs to stop.