Love Does Not Need To Hurt : Domestic Violence

Domestic abuse is a tough subject. This theme touches women and men.  Unfortunately, some women went through a lot and they have experienced horrible things.

According to a survey, during the first lockdown 79% of 87 women affirmed that they had struggled with their partner about domestic violence. Furthermore, 42% of them confirmed that their violence was way worse.

Woefully, this woman’s case joins many others.

Angela, a typical woman testified about her experience with domestic abuse. She said “In my case, it started as verbal abuse. I’d known my partner for 20 years and he was a good person. He started changing in 2015. After his mum died, he bought several guns including a machete and a shotgun.”

Angela mentioned that one day in November, they were having a conversation but it escalated so quickly that she asked him to leave so they could have the conversation another day. Instead of leaving, he grabbed her by the hood of her sweatshirt, threw her out of the door, got on the top of her and started choking her. She tried to yell for her oldest son and the man got off and left the house.

Eventually they broke up for a moment but they started dating again.

Angela said “ when one morning we had a disagreement. I was in the bathtub, when he came in and shot me. I can only remember the last two gunshots. I look up at him and he says “ ‘Look what you made me do Angie”, ‘You made me shoot you.’ “

The brave woman said that it felt like she was dying. “ I felt as though I was dying. My legs felt prickly.”

After spending 3 weeks in the hospital and surviving nine gunshots, she decided to testify and help others who are in the same situation as she was.

Unfortunately, many women have suffered from similar situations.

Even though that was happening in the United States, don’t think it is not happening in Québec. Over 7 women were victims of similar crimes over the last seven weeks. That has brought a lot of attention to femicide, a word that was barely known just a few weeks ago.

Other women lived like that, maybe with even worse conditions. Some of those women are still struggling with domestic violence.

The media, the society and people have to talk about this subject and look for solutions.

Speaking of solutions, the first thing to do is to call 911.

These are some sites to help : 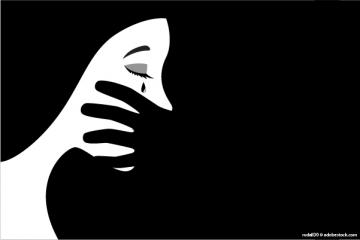