Love on Tour: Harry Styles regrouped thousands of his fans all around North America 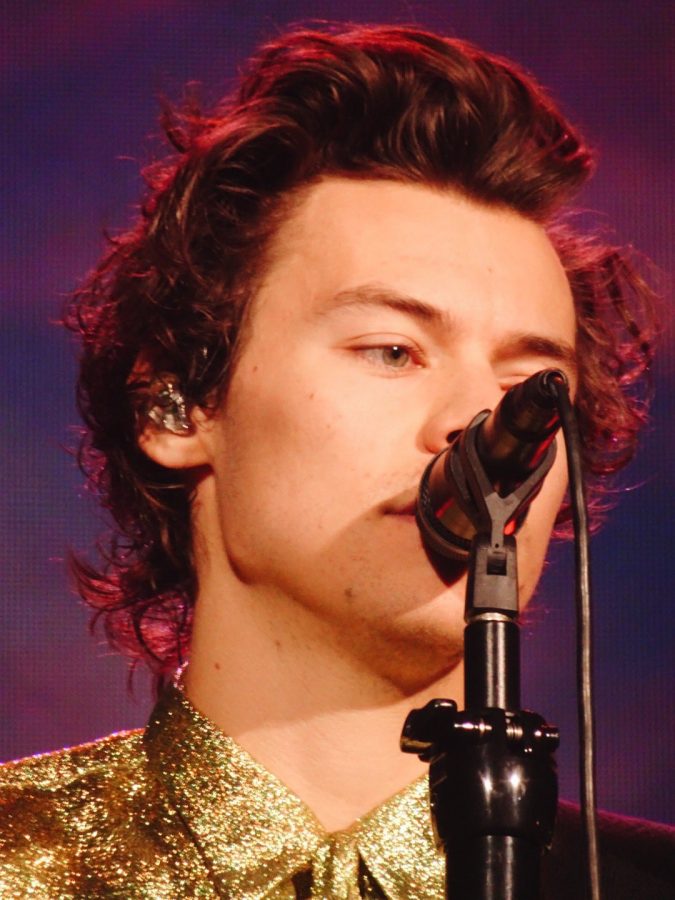 A famous singer decided to do a tour all around the United States even with the Covid-19 pandemic.

After reporting his concerts, the popular Harry Styles started his tour in Las Vegas on September 4th and it will be ending on November 20th in Inglewood. “‘Love on Tour’ will be going out across the USA and I could not be more excited for these shows,” Styles wrote on Instagram. He decided to cancel his tour in Europe and Canada because of the current pandemic. That action made the Canadians and Europeans angry and disappointed, but he wanted to be respectful to them by tweeting “To everyone in the UK, and across the world, I can’t wait to see you again, but for obvious reasons it is just not possible at this time.”  To keep everything safe in the USA, it requires a proof of a full vaccination or a negative covid test.

Harry styles surprises his fans with an original and impressive outfit on every show. “Harry Styles concerts are basically fashion shows and I love to see them,” wrote one fan. He has been proving thru his clothes that clothing doesn’t have a gender. His big open-mindness made his fans fall in love with him even easier. On every concert, he comes out with a colorful and outrageous outfit formed with mostly high waisted trousers and Gucci (his go-to label). Harry even prepared special outfits for Halloween that his lovers like to call ‘’Harryween’’.

In his 39 shows, he is singing some songs from both of his albums. This artist will also perform his most popular song from One Direction ‘’What makes you beautiful’’. This tour is to do the promotion of his album that came out in 2019 Fine Line.

This man was born on February first in 1994. Harry is a singer from the group One Direction that was highly popular in 2010 to 2015 all around the world. He sings and composes a lot of kinds of music in his two albums. During his free time because of the pandemic, he started recording few movies that will come out in 2022.

Harry Styles is presenting his songs with his band formed with eight members. Styles is singing and also playing the guitar in some songs, but his group are taking care of the piano, drum, percussion, vocals and bass guitar. Three different artists are performing his first parts. Those singers are Jenny Lewis, Orville Peck and Madison Cunningham.