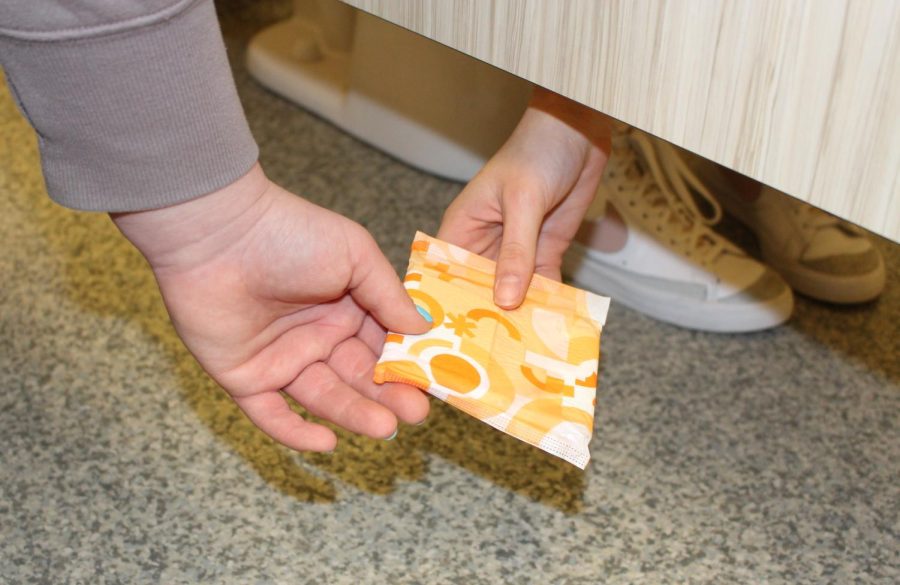 Periods are a taboo for most people since always. A ton of stereotypes and the negative stigma around menstruation condition us to understand it as something to be hidden.

There are a lot of social issues linked to periods. They are being suppressed due to many beliefs. For example, many people think that menstruations are unclean and even unhealthy. Therefore, many menstruators stay at home or even isolate themselves. “Periods are a part of life, whether we women want it or not. Let’s not pretend it doesn’t exist”, said Nadya Okamoto.

A load of myths exists. Like while you are on your period the food you touch goes bad faster, sharks can attack you, you can’t get pregnant, you can’t exercise, and more. These are all false. Every myth or disinformation around periods can be damaging for menstruators.

Why is it taboo?

The taboo around periods comes from the lack of menstrual health education in many places around the world. This lack of education on the subject leads to plenty of fake beliefs and misunderstandings.

Due to many cultural beliefs, they are considered embarrassing or rude to talk about in some communities. For example, across Africa, one in ten menstruating teens will miss school because they have their period. Approximately they can miss 10-20% of school days. Many religious beliefs associate periods with evil spirits.

Menstruation is a deliverance of blood from the uterus, which comes out of the vagina. It’s an indication that the end of puberty is near. Periods happen due to changes in hormones in the human body. Most menstruate between the ages of 10 and 15, but the average is now 12. Everyone is developed differently and they all have their schedule. The average period lasts 5 days. It can be longer or shorter depending on the person. The period should be every 4 or 5 weeks. For the first few years after their first period, their cycle may not come regularly and it’s normal. The cycle is a part of the woman’s reproductive system that prepares the body for a possible pregnancy.

There are a ton of products that are sold to make you feel comfortable and at ease during your menstrual cycle. Most use pads or tampons, but others use more eco-friendly products such as menstrual cups, reusable pads, or period underwear. Menstruating people should not have to pay any money for sanitary products. In an egalitarian society, they should be offered for free and accessible in public washrooms. Menstruation is taboo and the costs related to it are also one. Some people are unable to afford menstrual hygiene products.

Origin of the stigma

Originally the stigma comes from a traditional  Jewish term from the Old Testament. The term niddah means “expelled” or “one who is excluded”. It was used to describe women who menstruate. The other religions had disfavor rules against menstruators. For example, in the Quran periods were considered harmful. In the 1800s a new term came. The term “on the rag” referred to the clothes, or other absorbent pieces, pinned to the underwear to soak up the menstrual blood.

Nadya Okamoto is a 23 years old author, organizer, and entrepreneur. She is the founder of Period, an organization that educates period taboo through service, advocacy, and education that she founded at the age of 16. In February 2020, Nadya co-founded @itsaugust, a community that works to reimagine periods. Nadya Okamoto is known for being a fierce advocate for destigmatizing periods and mental health. “August is a growing online community aiming to “re-imagine and redefine the period experience to be powerful and dignified,” with members who engage in conversations about how to properly use menstrual cups or what it’s like to be a transgender man having a period, for example”, said Okamoto. In 2018, she is the author of the book Period Power, which talks about the periods that have been hidden through history.