The Bad Treatment of Farms Animals in Quebec City 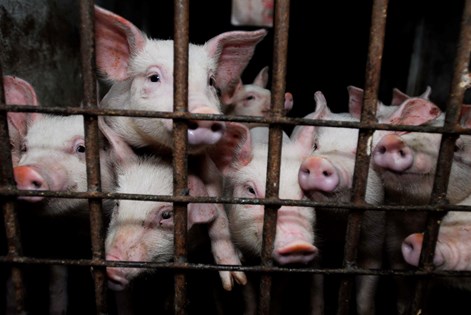 Animals are treated badly in Quebec city. Their treatment doesn’t differ from countries even if our technology is more evolved

This is a topic that’s already been debated a lot. People’s opinions are mixed, some think that we should be more concered about them and that it’s cruel and inhuman to make them suffer, and others think that killing them and testing things on them is totally fair. Some also find a consensus on the topic or have no idea about it or are not interested in the way animals are treated.

Many manifestations and protests have been made against animal cruelty over the years but it doesn’t seem to impact a lot the way they are treated.

In Quebec City, we have laws that protect farms animals (pigs, cows, etc) and their well being but other farm animals can still be used for experiment medicine and education like sheep or rabbit. However, some farms and slaugther house don’t obey the laws they are just there to make money. The more animals they have, the more money they gain and the faster they kill them, the higher the profit will increase.

“We shouldn’t make them suffer more than they already do, some people already get paid to test those medicine, so why should we force animals to do it” mentionned Gabrielle Dugal a journalist that wants to specialize herself in animal care.

Many people think that animals are treated better here than a lot of place in the world. However, there are many concerns about animal’s treatment in Quebec city, mainly in the way farm animals like cows, pigs or sheep are slaughtered and how they are treated before they are kill.

“I dont think that farm animals are treated more properly here, all the farms are following the same pattern” said the futur veterinary.