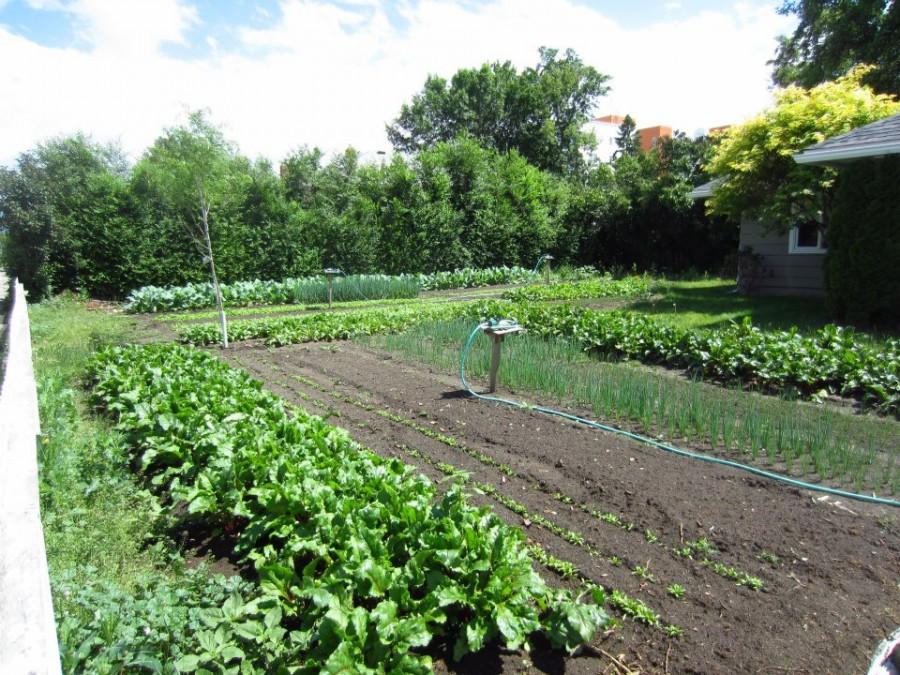 Curtis Stone, a young musician who roughly lived out of his talent, decided one day to try something else. Something that could bring him back to his roots. He took a summer off and did a bike trip to the west coast of Canada and U.S. During his voyage, he stopped at many organic farms. He then got inspired by these farmers and wanted to start his own upon his return to Kelowna, BC.  However, the price of land was so expensive that he couldn’t afford even an acre.

Furthermore, he had a big problem; he had never grown a single vegetable, and he had never sold anything in his entire life. He started the project anyway. Curtis put $11000 of his hard earned money (as a tree planter) to buy a rototiller, garden tools, irrigation supplies, and everything he needed. He started to sell his crop at the local market and to some restaurants around town. At the end of his first season, he earned $17476.

Then he hit a wall. He was working 80 hours by week and he still could not accomplish all that needed to be done. He realized he was making only $1.45/hours. He was sick from overwork, so he took days off, which unfortunately generated  a lot more job. He understood that he should find mentors who would teach him how to manage his time better. He met farmers that were successful, but who started with the same problems as him. They helped him to change the way he worked and manage his business.

And that’s how he got the idea of using people’s lawns instead of renting land. It changed everything. This would bring him less expanse, more visibility, and get rid of any marketing needs. His profit then boomed to an astounding $61540.

After this, he became the founder of Green City Acres, a revolutionary farm that is recognized internationally. It was established in 2010, and the principle is quite easy. He uses the front and the back yard of his neighbourhood to plant vegetables. In exchange, the neighbours receive a weekly basket of vegetables, and it saves them the maintenance of their lawn. He only uses natural methods (no chemical fertilizers, sprays or pesticides, and almost no fossil fuels) and he owns no car! He uses a bike and a cart. His mission is to make environmental changes about the production of local food and to help people to grow their own gardens. His farm often employs people, and it’s still growing.

Yet, you may wonder; what’s an urban farm. It’s actually a way to take a yard to a new level of productivity. You only give plants the minimum amount of space they need. It’s called the SPIN-farming’s multi-locational approach (Small Plot Intensive). It really shows the transition between a food system that uses intensive energy and is environmentally destructive, because of the pesticides they use. Urban farming offers new alternatives that are fun, and easy, and really profitable for everyone.

And the best with it is that even you can do it. Obviously, you won’t make $60 000 the first season, but you can surely save a lot of money and earn some if you’re willing to sell. As said by Curtis Stone, “The important thing is just to get started. Because once you show people you are willing to do the work, all kind of opportunities will present themselves. Once you move past the talk, and you put your words into action, people see those actions, and opportunities just present themselves.”

There are many advantages to this urban farm, such as; you’re your own boss, you set your schedule the way you want it, it’s a great lifestyle, and you don’t even need to own or rent a land, because you can borrow one from a neighbour while giving him some fresh vegetables in exchange.

This new perspective is breaking down the barriers of traditional farming and is opening up a new land of opportunities.