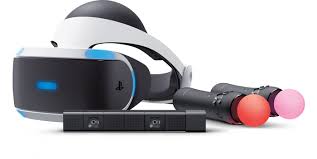 Out since October 13, the Playstation VR is a breakthrough in the area of entertainment because of its 360 degree view capability. After testing it, here are some things you need to know.

The Playstation VR from Sony entertainment is one of the new virtual reality headset with the Oculus rift that are growing in popularity among gamers.

First, what is a VR headset? A “VR” (virtual reality) headset is used to immerse the user in a simulated 3-D environment with a 360 degrees view. Which means that if you turn your head (in real life) your character turns its own head in the 3-D world allowing you to see the world (instead of your wall).

Presently those headsets are mainly used in the video games industry. But it would not be surprising to see other headset being employed in movies, in meetings, or to go on Google maps…

Unfortunately the Playstation VR is pretty expensive: Ranging from 550$ to 800$ Canadian depending on the bundle and shop. The best retailers that we have seen are Best Buy and Walmart. They are offering it for 550$ alone or 700$ for the “Launch bundle” including  the headset, four games featuring: “The London Heist” a heist game,and “Scavenger`s Odyssey” a spaceship  game. The package also includes extra controllers and other technical devices you need for the games and VR to work.

But the price is worth it, one of our members had the chance to test it.

“The experience is pretty awesome, it is really immersive. One time I braced up for impact from an incoming projectile even though it was not real.” Said a happy customer talking about Scavenger`s Odyssey.