A world cup in Quebec. 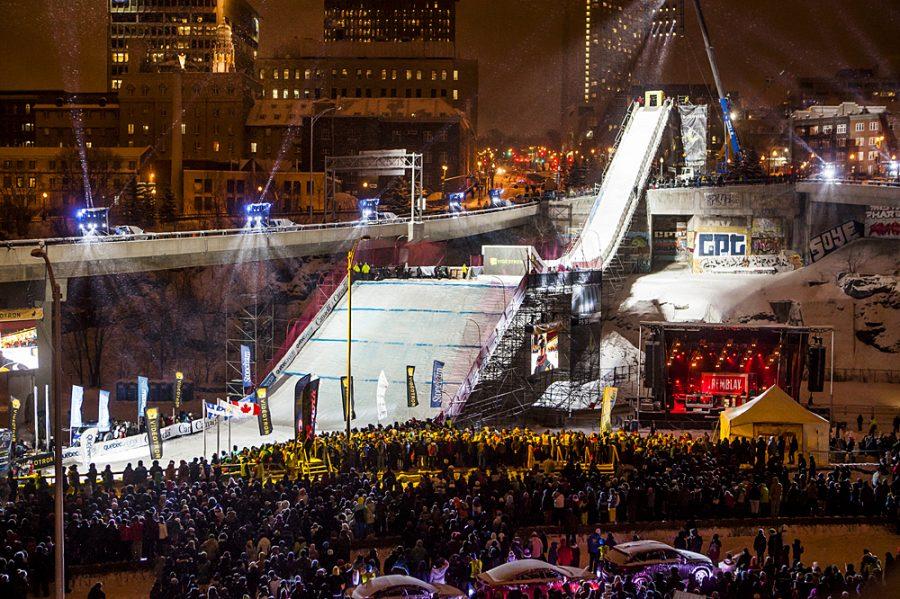 .This year, freeskiing has finally made its way to the snowboard jamboree, a snowboard and a freestyle ski wolrd cup for its 12th edition in the city and in Stoneham.

The snowboard jamboree is a world cup from the FIS that has been around in Québec since 2005.  Professional athletes from everywhere in the world are coming to compet, but also amateur riders too. It’s an oportunity for them to show their talent to big names and sponsors.

Guillaume Chazal, a 17 years old amateur rider, said: ”It’s difficult and fun to compete against pros because we have to do bigger tricks to be qualified.”

The jamboree is devided in 2 disciplines. There is the Big air, that is in Saint-Roch. It’s a big jump built in the urbain surrounding and the slopestyle is taking place on Station Touristique Stoneham about 30 minutes from downtown. The slopestyle is a course with jumps and rails. The riders are judged on their style, their landing, on the difficulty of their tricks and on the amplitude. They have three runs and the judges are taking there two best runs for a note on 100.

Last year, freeskiing has arrived to this contest. They wanted to see what the skiers could do and this year, the FIS decided to present it as a world cup.

For the 2017 edition, the jamboree is from feburay 9th to feburary 12th. This contest is in patnership with Vidéotron so it will be televise on TVA sport.

O’Neil is the main sponsor of this event and is presenting the masterstairs for its 5th edition. The masterstairs is a video contest. Ten snowboarders and skiers are presenting 5 video-parts of them recapping their season and the best one will win 5000$.

With the jamboree, the Redbull Redirected has arrived with it. It’s a freeski street course downtown. The goal of this is to be creative with the street modules.

This year is suposed to be a big year because we will see names like Mark McMorris, Max Parrot, Seb Toots and Spencer O’Brien, some of the best snowboarders in the world with Xgames, Dew tours, wolrd cups and Olympics medals.

After all the competitions are done, the igloofest will be celebrated. It’s a big show next to the big air with djs and a really good atmosphere.

Don’t miss this event, it’s going to be sick!!!