Cannabis; a Bright Future in Medicine 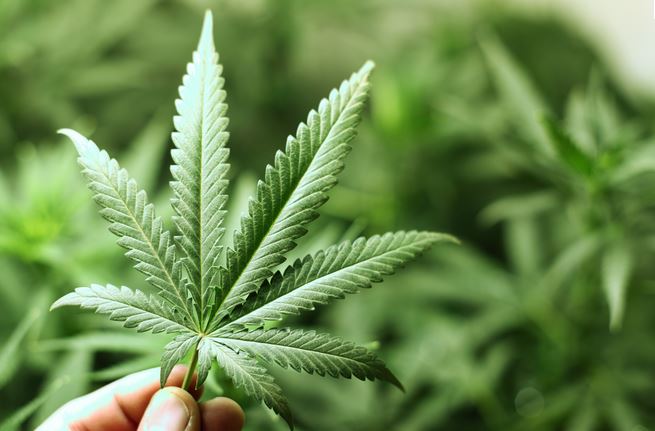 Recently, the controversial therapeutic effects of cannabis on the human body have attracted a lot of interest in the medecine’s world. Many canadian researchers are eager for its legalization. The project proposed by Justin Trudeau will allow them to deepened their studies.

As many know, cannabis is already used therapeutically and will be soon legalized for recreative use. According to scientists, new medicines could be developped from the cannabis components. Over 400 chimical substances with different effects were detected in the plant! Here are the most interesting things that were discovered so far according to Santé Canada, serious scientific documentaries and Normand Voyer a chemist interviewed by Radio-Canada.

THC (Delta-9-tetracannabinol)
First of all, cannabis is composed of cannabinoids. The main one is Delta-9-tetracannabinol, commonly known as THC. THC is the psychotrope component of cannabis. It means that it’s the thing that makes one high. The major problem with THC is that there is a risk of psychosis, anxiety, memory troubles and even paranoïa, schizophrenia and other mental illnesses. Though those symptoms do not always occur, many specialists affirm that weed is not a good idea for people that have a vulnerability to psychosis.
CBD (cannabidiol)
Happily,  CBD (cannabidiol), the second main cannabinoid, is here to balance the THC’s side effects. CBD is probably the component that attracts the most curiosity among the researchers. It has almost no side effect. The less side effects there are, the better it is! Not only that: following experiments, CBD has demonstrated medicinal properties that have a huge potential for pharmaceutic. According to these tests, CBD could be an anticonvulsant (combats seizure activity), an antiemetic (combats nausea and vomitting), an antipsychotic, an anti-inflammatory, an antioxidant (combats neurodegenerative disorders), an anti-tumoral, an anti-cancer, an anxiolytic and an anti-depressant. We could probably be able to use CBD to create new meds in the future. It could even help to cure cancer! Amazing, no?
Administration
Sadly, we are not there yet. For now, the patients who have to take cannabis to cure or lower symptoms use it these ways: cannabis spray, smoked cannabis, cannabis pills (like Marinol), cannabis oil/ butter/ cookie/ brownies, cannabis suppositories, etc…
Variety of hemp
If you didn’t know, there’s a wide variety of cannabis. They are all in the Cannabaceae family. Yes, and they are not all the same!

Hemp is not always used as a drug. It is, in fact, also used to create fabrics, ropes, flour when its level of THC is extremely low. It is named: agricultural hemp. It usually grows in temperated countries.

The common weed, with high level of THC and CBD, is cannabis stativa. It grows in Asia. Cannabis inca, another variety, is also popular, but less than sativa. It usually grows in equatorial climate. Both of them have psychotrope effects.

There’s also hemp that was genetically modified. Humans can control some parts of its growth process in greenhouses. Skunk is one of them. It has one of the highest level of THC and is mostly used by recreative users. Those female plants were grown in hot places without pollen so that they could not reproduce themselves and rise their THC amount in order to attract  pollen. The TCH is then abnormally high compare to the others and the risk of mental illnesses is multiplied.
Caution!

Even if cannabis has great and almost miraculous proprieties, one must be careful and remember that it can create a psychological dependance. Pregnant women should never take hemp because it affects the babies in wombs. Men and women that desire to have a kid too; cannabis reduce fertility. People under fifteen also shouldn’t because their brain is still in development.

”Cannabis constitutes one of the prohibed drug which the abuse is the most important, and that can causes a physic and psychologic dependance.” -Santé Canada
Plus the impact of smoked cannabis on the lungs is as bad as cigarette.
But…
Despite all the negative aspects, there’s still hope for therapeutic hemp. For better and for worst, let’s wait and see what will happen to cannabis in Canada.