The protests against the new tax reform in Colombia 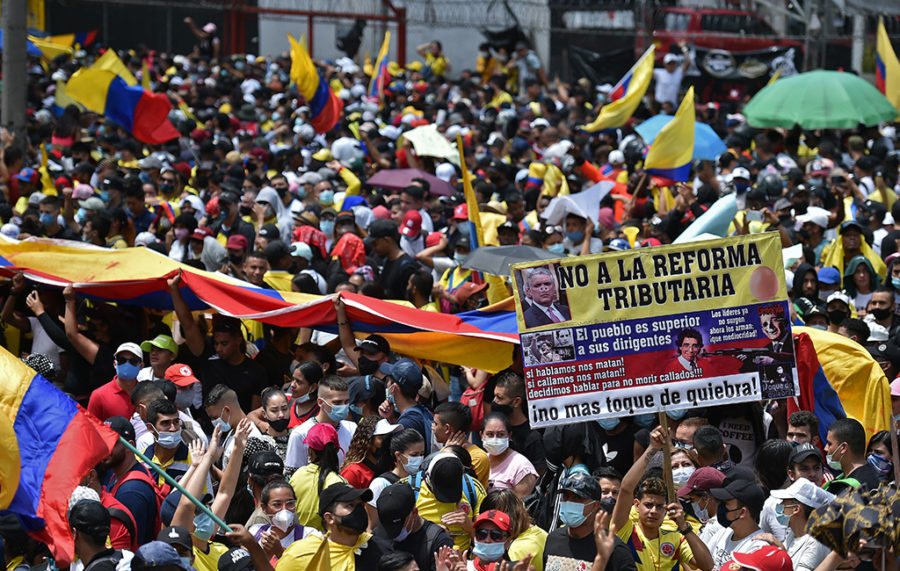 Since April 28, a lot of demonstrations have filled the streets of many big cities in Colombia for over a month. During those protests, over 40 people died, some caused by the police.

How did it start?

On April 28, the government of Iván Duque Márquez proposed to increase taxes, corruption, and health care reform.  According to Wikipedia, the tax reform was introduced to expand funding to Ingreso Solidario (a universal basic income social program established in April 2020 to provide help during the pandemic in Colombia). Meanwhile, the legislative Bill 010 proposed several changes in the healthcare system.

The reaction of the population

A lot of Colombians’ citizens got mad at the new reform and decided to show their discontentment. On 28 April 2021, many protests occurred in major big cities of the República de Colombia. Many deaths occurred, some were caused by altercations with the police. After that, the government closed many districts, such as the market and many more. The WIFI even got cut for a while.

Why is the population angry?

The Coronavirus Pandemic pushed 3,6 million Colombians into poverty. A lot of people lost their jobs and their businesses. Colombia’s gross domestic product dropped by 6,8% in 2020. It was the deepest Crash in half a century. To make it simple, the economy was weakened. The new tax reform could push the country into more poverty than it already is. The lack of consideration for the population is what makes most civilians angry.

How did protests escalate?

The presence of the police officer had already had a bad effect on the whole situation. But the deployment of the military troops to the western province of Valle Del Cauca and its capital had a big impact. According to some defenders of human rights, a lot of police officers were abusing their power. During the protest, the riot police used tear gas to disperse protesters, but in some particular cases, they would shoot live ammunition.

Stay stunned for some new updates on the protests that are still ongoing in Colombia.